Kyoto Railway Museum opened their very first special exhibition this month with a nostalgic look back at the history of the Japanese Sleeper Train. 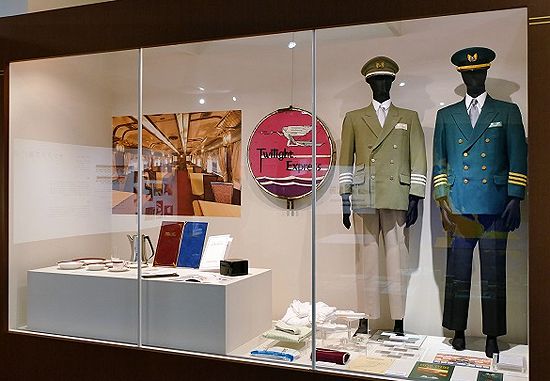 “The Sleeper Train” exhibition is divided into five main sections. The first section details the early history of the sleeper train in Europe and the Americas starting with the pioneering invention of the world’s first sleeping car by America’s Cumberland Valley Railway in 1838. 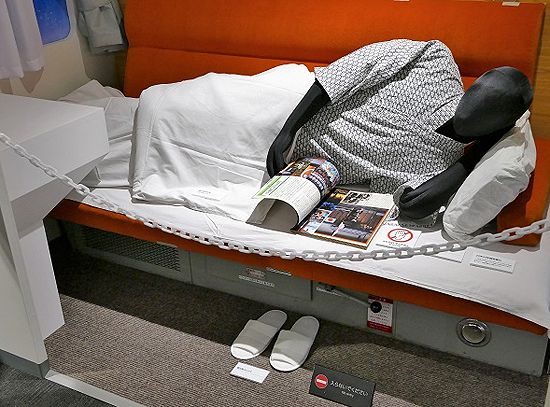 A reproduction of a Blue Train sleeping car

The second section then looks at the sleeper train’s adoption and development in Japan during the Meiji and Taisho eras, and the introduction of 3rd class sleeping cars for the masses in the early Showa era. Photographs and original passenger tickets of a special sleeper train that was used exclusively by the Allied occupation forces in the immediate aftermath of World War 2 will also be on display. 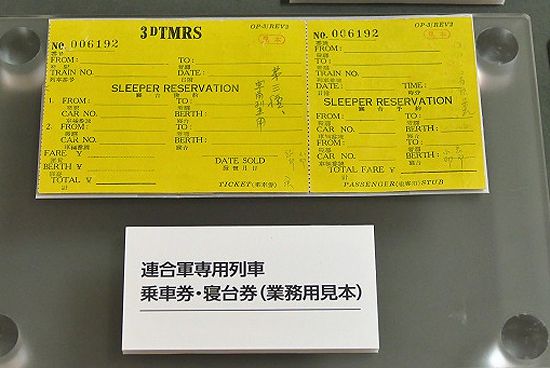 An original ticket for the Allied occupation forces

The third section details the history of Japan’s famous “Blue Trains,” the long distance sleepers that ran from the late 1950s and which became a popular means of transport during Japan’s post-war period of rapid economic growth. The fourth section looks at some classic Japan Rail Limited Express sleeper trains such as the Twilight Express, Sunrise Express, and Cassiopeia. 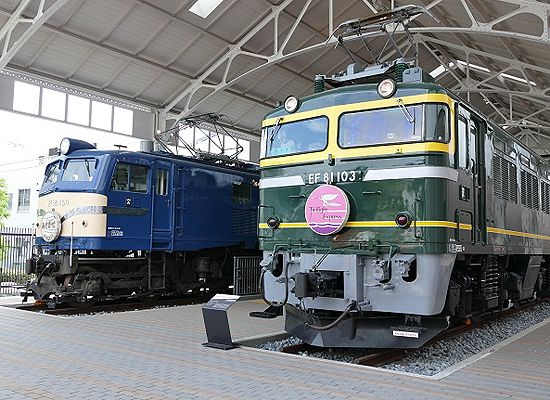 The museum’s preserved sleeper cars will be on display with nameplates attached. Above are the famous Twilight Express and the original Blue Train – the Asakaze

Finally the exhibition looks to the future of sleeper trains in Japan with the advent of the luxury cruise train such as the Seven Stars in Kyushu which has been running since 2013. Two more luxury sleepers that are due to debut in spring of 2017 are JR West’s Twilight Express Mizukaze, and JR East’s Train Suite Shikishima. 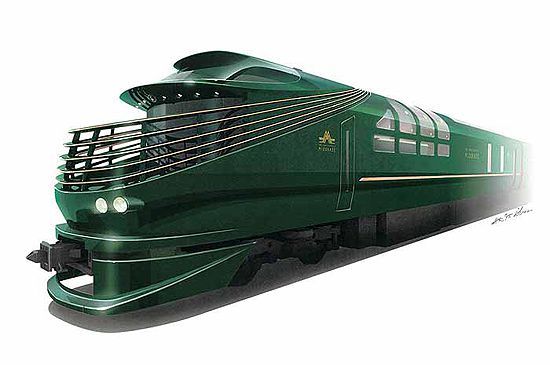 The Twilight Express Mizukaze – the future of the Japanese sleeper train

Kyoto Railway Museum opened to much acclaim in April of this year and is already counted as one of Kyoto’s top new attractions with 53 vehicles on display, dioramas, a train simulator and steam train rides. The museum has seen 800,000 railway enthusiasts pass through its doors since opening, which is over double the number of visitors originally estimated. This first exhibition on the Japanese sleeper train keeps up the momentum of the museum’s early success with an in depth look at one of the most romanticized aspects of Japan’s railway culture. The Sleeper Train exhibition began on October 8th and continues until January 31st 2017.