JR West plan to launch a new luxury limited express sleeper train to run between Kyoto Station and Shimonoseki Station at the westernmost tip of Japan’s main island. The train which will debut in the spring of 2017, is described as a mobile hotel that will run through western Japan’s most scenic landscapes. 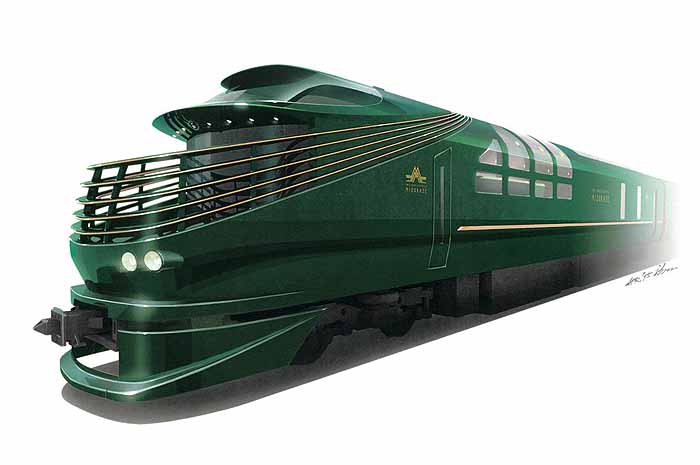 An artist’s rendering of the Twilight Express Mizukaze

The “Twilight Express Mizukaze” takes its name from the famous “Twilight Express” that previously ran between Osaka and Sapporo and was Japan’s longest serving sleeper train until its retirement in 2015. Like its predecessor, the exterior of the new train will be painted green with gold trimming, and the new logo will incorporate the angels from the logo of the original Twilight Express.

The new logo blends the M of Mizukaze with the angels from the old Twilight Express. Mizukaze means “fresh wind” or “joyous wind”

The new train will have ten cars with observation cars at the front and rear. In the observation cars large windows will offer panoramic views of the passing scenery, and passengers will be able to step out onto the outer observation decks to enjoy the breeze. 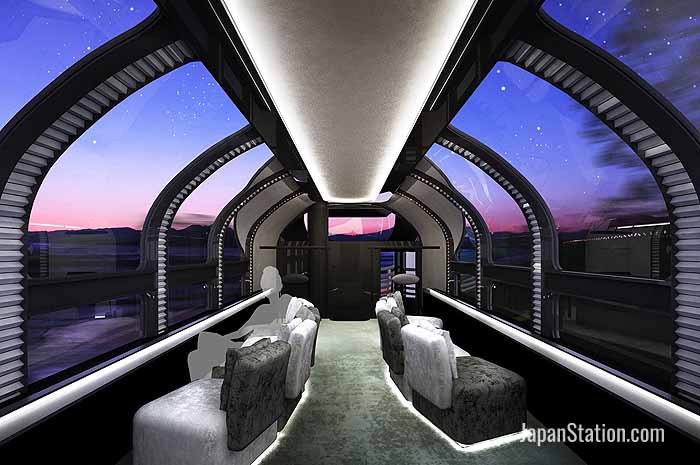 There will also be a formal dining car, a lounge car, and six passenger cars with rooms for a maximum of 30 people. Single rooms, twin rooms and a suite room will all be available. The suite room offers the highest level of luxury as it occupies an entire carriage and comes with its own bedroom, bathroom, a combined living and dining room, and porch!

To evoke a sense of romantic nostalgia for the glory days of rail travel, the train’s interior will be decorated in an Art Deco style reminiscent of the early Showa era. Wooden furnishings and other carefully crafted fixtures have been selected from the regions through which the train will travel. 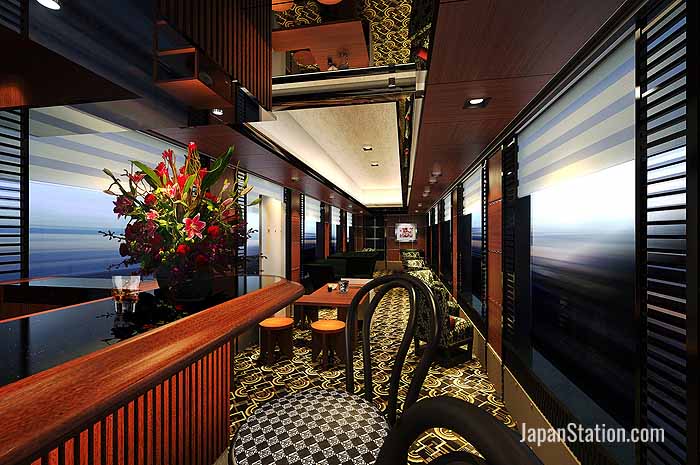 Passengers wishing to travel on the new express, have a choice of 5 courses. There are two outbound one way courses which both begin at Kyoto Station or Osaka Station, and end at Shimonoseki Station in Yamaguchi Prefecture. However, one course follows the northern Japan Sea Coast, and the other follows the southern coastline along the Seto Inland Sea.

There is also a round trip journey beginning and ending at Kyoto or Osaka that takes two nights and three days to follow both coastlines in a massive loop. Along the way are many famous scenic views, historic locations and World Heritage sites, and there will be stops along the way for sightseeing.

Clearly JR West have pulled out all the stops to give this new sleeper train the same quality of excellence as a luxury hotel. The interiors have been designed by leading architect Kazuya Ura, who is famous for his work on several hotel facilities, including the Kyoto State Guest House. For the perfect dining experience, gourmet chefs have been hired to plan extravagant haute cuisine meals created with fresh ingredients from the localities en route. And to ensure the very best service, the 13 crew members will be trained at Tokyo’s renowned Imperial Hotel. The new Twilight Express Mizukaze looks set to be an unforgettable way to journey through the breathtaking scenery of west Japan. 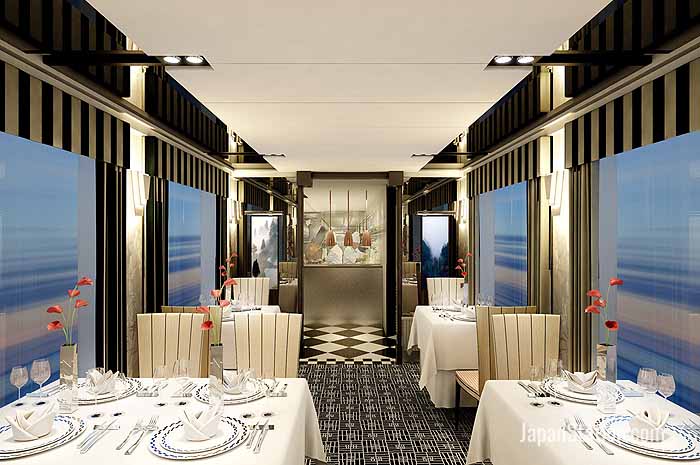