In preparation for next year’s debut of the luxury sleeper cruise train “Twilight Express Mizukaze” JR West have announced a major upgrade for one of the stations on the new train’s route. 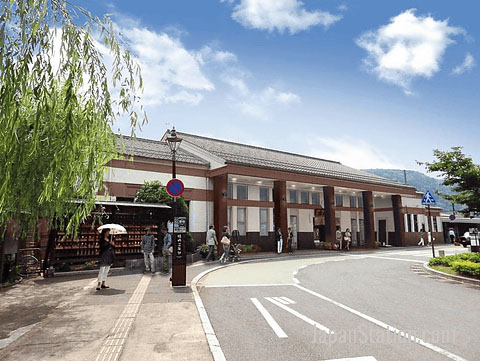 An artist’s impression of the renovated station

Kinosaki Onsen Station serves the popular hot spring spa town of Kinosaki in Hyogo Prefecture. This small resort town on the Japan Sea coast is famous for its beautifully preserved streets, and willow-lined rivers, and over the next few months Kinosaki’s formerly modest station is to undergo a thorough makeover thanks to a joint project by JR West and Toyooka City Government. 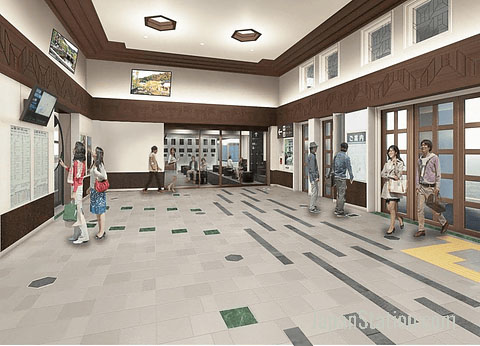 To harmonize with the town’s traditional architecture, the 3 story station will have a wooden structure, and a tiled and gabled Japanese style roof. Bright white walls will create a pleasant contrast with the building’s wooden beams. Inside the station concourse will be given an art deco theme to match the interior style of the Twilight Express Mizukaze, and waiting areas will be designed to resemble hot spring foot bathing facilities. 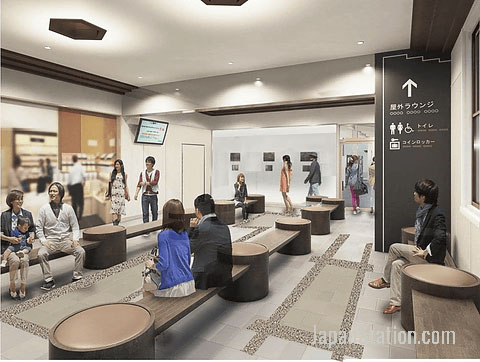 Platform 4 is to receive the new express train when it arrives, and so this area of the station is to receive the biggest renovation. There will be a special gate for Twilight Express passengers, signage will be provided in 4 languages, and large lockers for suitcases will be installed. In addition there will be free Wi-Fi, a gift shop selling local goods, and a panel display of local history. 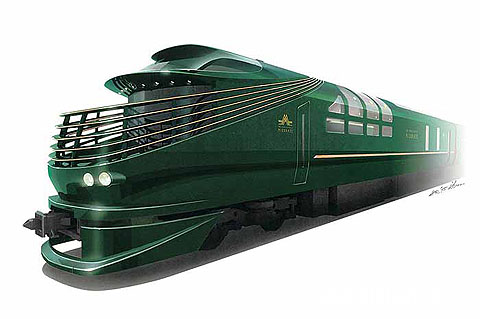 Construction is due to begin in late August and is expected to be completed by early November. During this period the current waiting areas will be closed and station lockers will be temporarily relocated. The Twilight Express Mizukaze will make its first run in the spring of 2017. 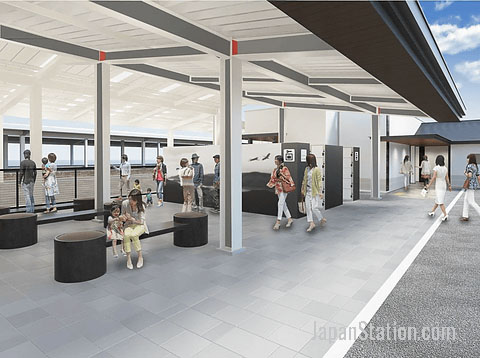