As the year draws to a close let’s take a look at some of Japan’s outstanding train designs in 2019. Japan Institute of Design Promotion have selected two beautiful railway vehicles for this year’s Good Design Awards: the Sotetsu 12000 series and Hiroshima Electric Railway’s “Green Mover Apex”, along with Seibu’s Laview express train for a Gold Award. 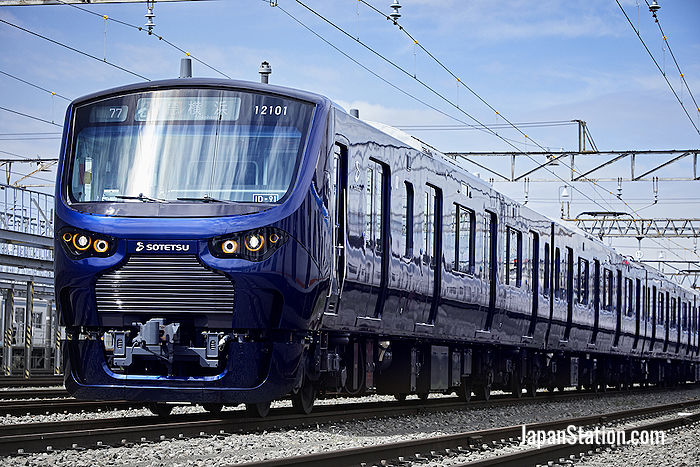 The Sotetsu 12000 was introduced this year to run new through line services connecting the Sotetsu and JR East railway networks in Yokohama. The train made its debut in April of 2019 and began regular operations in November. This elegant ten-car train is colored a striking shade of “Yokohama Navy Blue” and the front of the train, which resembles the mouth of a lion, is especially dynamic. 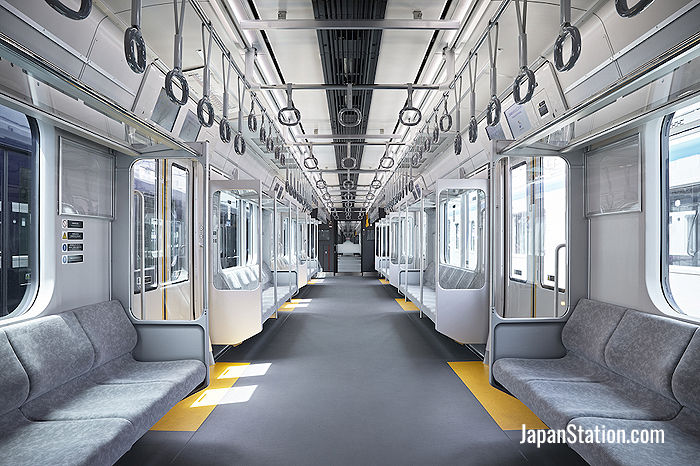 The judges remarked on the strong impression the design of this train makes despite its being intended for everyday commuter travel. This is the second year running for Sotetsu to be selected for this award having won it for the 20000 series train in 2018.

Hiroshima Electric Railway debuted their 5200 series vehicle, dubbed the “Green Mover Apex” in March 2019. This vehicle is technically a tram, which explains its easily boarded low floor design. The Green Mover Apex runs along the Miyajima Line that connects the city of Hiroshima with the ferry port for Miyajima island. 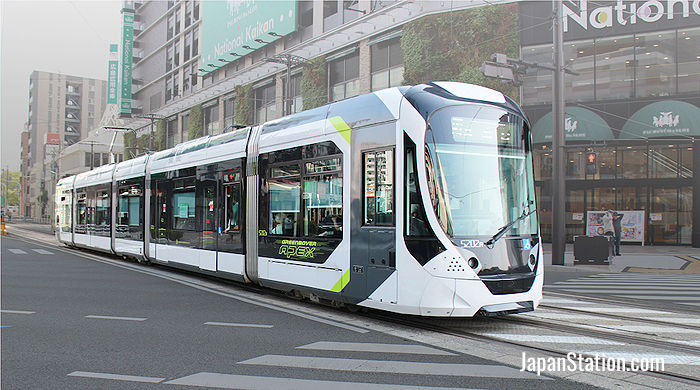 The Green Mover Apex’s ultramodern appearance reflects its key design concepts of “the future” and “speed” and the designers hope that it will become a symbol of contemporary Hiroshima. As it runs along an important tourist route, this tram has a multilingual display showing the upcoming stops. 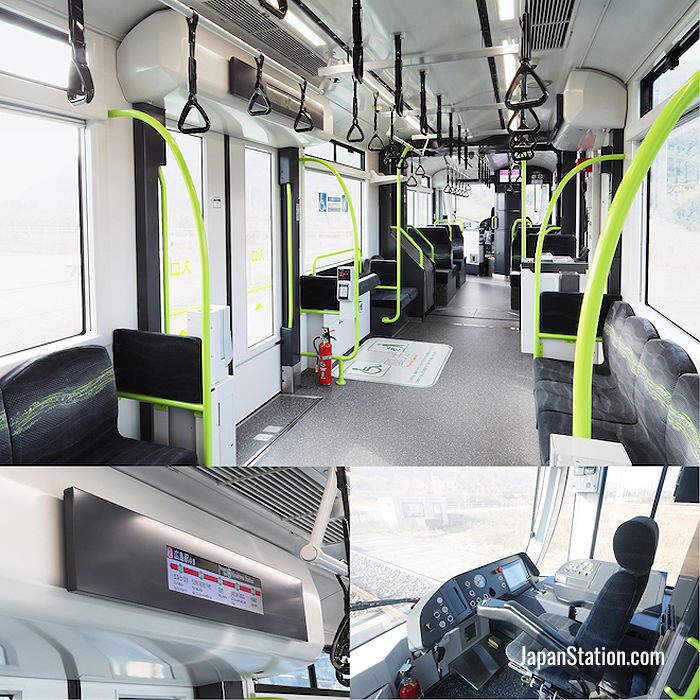 In addition to the awards above, Seibu’s new flagship train Laview (001 series) has also been chosen for a Good Design Gold Award. The Laview debuted in March of 2019 and now runs regular services between Tokyo’s Ikebukuro Station and Seibu Chichibu Station in rural Saitama. 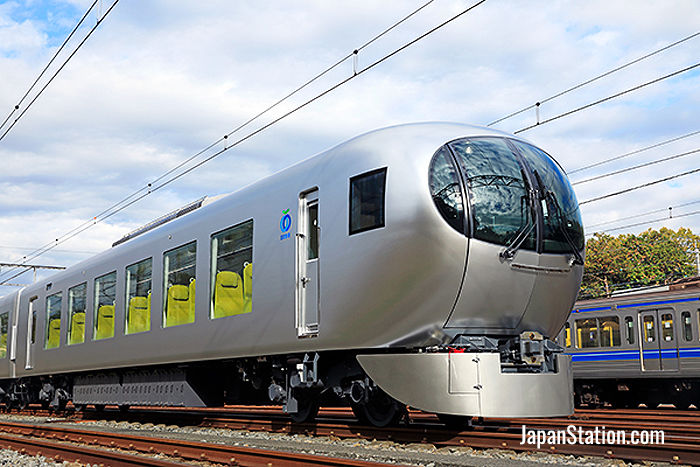 This innovative limited express train was designed by the renowned architect Kazuyo Sejima and features arrow-like speed, fantastic views from its extra-large windows, and sofa-like seating to create a home-like atmosphere. The judges commented on this train’s unique rounded appearance, the thrill experienced by passengers who ride it, and the added value it gives to journeys between the city and the Japanese countryside. 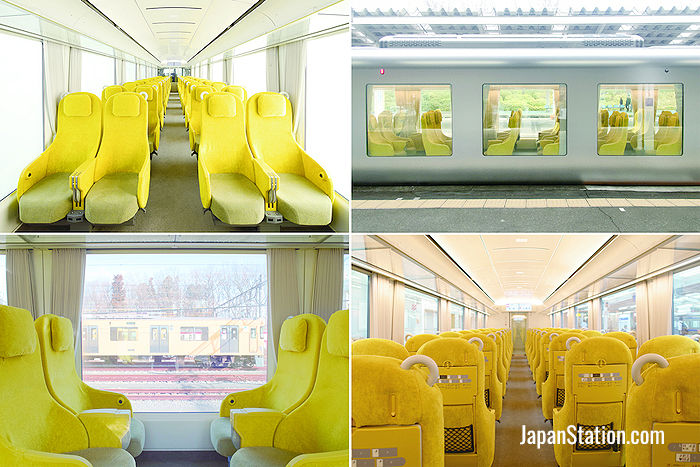 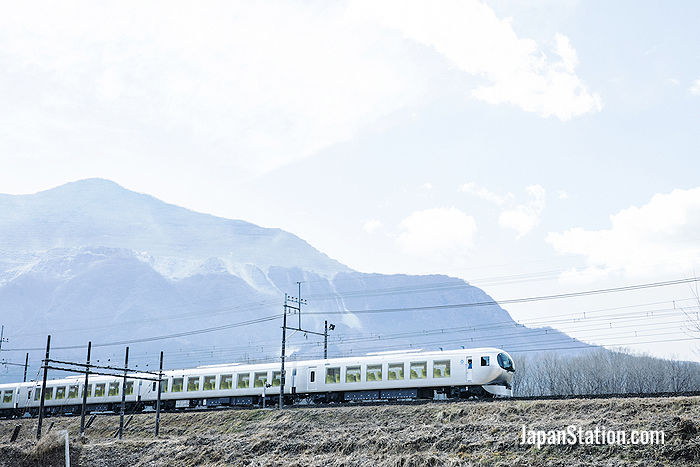 Running through urban and rural environments, the Laview is a destination in itself