Seibu Railway have announced that their new luxury limited express train, “Laview” will be launched on March 19th of this year. The new 8 car train will replace the “New Red Arrow” Limited Express that has been running since 1993, and will become the flagship train for Seibu Railways. 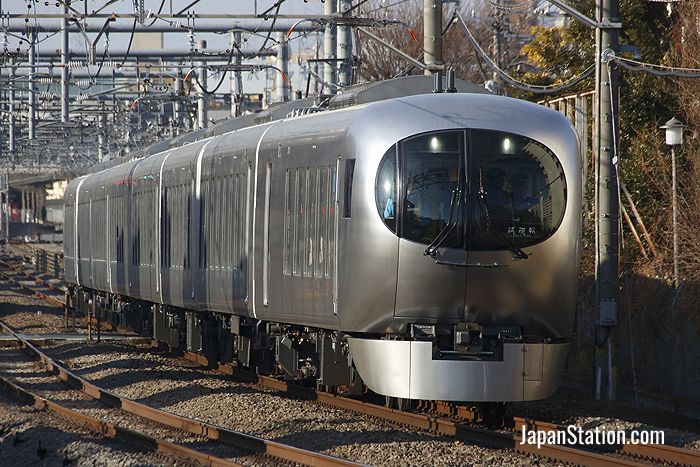 The name “Laview” was announced last October for the new #001 series express train, and was explained then as “L” for luxury, “a” for arrow-like speed, and “view” because of the train’s extra-large windows. As initial images show the new train has a rounded top, and the curved glass of its front window gives it a unique 3D appearance. Carriages also have large windows at equal intervals to afford passengers wide views of the surrounding scenery.

The new train has a distinctly gentle rounded appearance

Designed by renowned architect Kazuyo Sejima, the new train is meant to “move seamlessly between urban and rural environments and adapt to each landscape”. Although early design images (see our article from 2016) led to some excited speculation that the outer surface of the train would be “mirrored”, the reality (alas!) has turned out to be more practical. Nevertheless, the grey aluminum finish on the train exterior does have a distinct reflective sheen.

Interior seating can be turned around for group passengers

Inside the yellow sofa-like seating is designed to create the feeling of being in your own comfortable living room. All seats have electrical outlets and passengers can view in-carriage video screens which will show newscasts, weather updates and occasional footage from the front of the train. Free Wi-Fi will be available throughout the train. For the benefit of group travelers, pairs of seats can be revolved to face each other. For that reason, seats will also have armrest tables as well as pull-down tables on seat backs.

Other unique features on the Laview include artificial marble flooring in the entryways, wheelchair spaces, and multipurpose toilets. There will also be ladies-exclusive powder rooms in carriage 5. These restrooms will be fitted with magnifying mirrors, and also diaper changing boards with changing sheets provided. 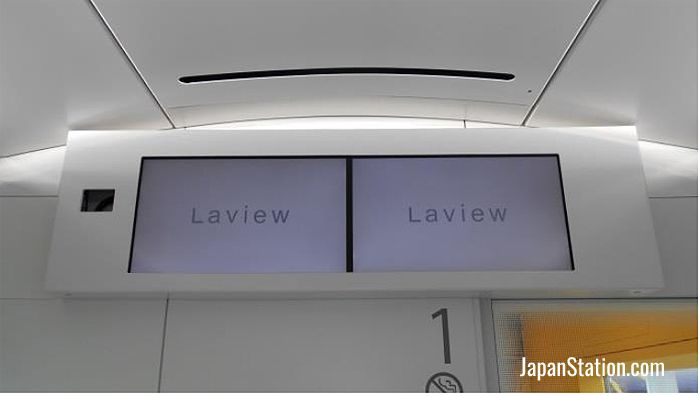 Carriages will be fitted with 23 inch video screens

Seibu Railway last introduced a new model limited express train 25 years ago with the #1000 series “New Red Arrow”. The Laview train is to replace New Red Arrow services running between Tokyo’s Ikebukuro Station and Seibu Chichibu Station. However, fans of the New Red Arrow service can continue to see it operate on the Seibu Shinjuku Line. 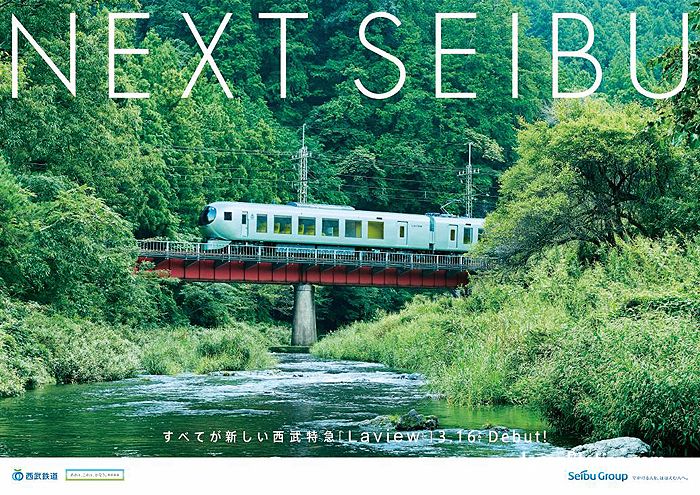 Look out for the Laview on the Seibu Ikebukuro and Chichibu lines!

Article by Michael Lambe. Photos by tarousite/PIXTA (1) and Seibu Railway. All rights reserved.