Located north of Tokyo, Nikko hosts a rich collection of eye-popping Buddhist temples and Shinto shrines including UNESCO World Heritage sites. If you don’t have time to see Kyoto’s temples, or would rather go to a small town instead of Kyoto’s metropolis, Nikko is a good option and can be done as a day trip from Tokyo. 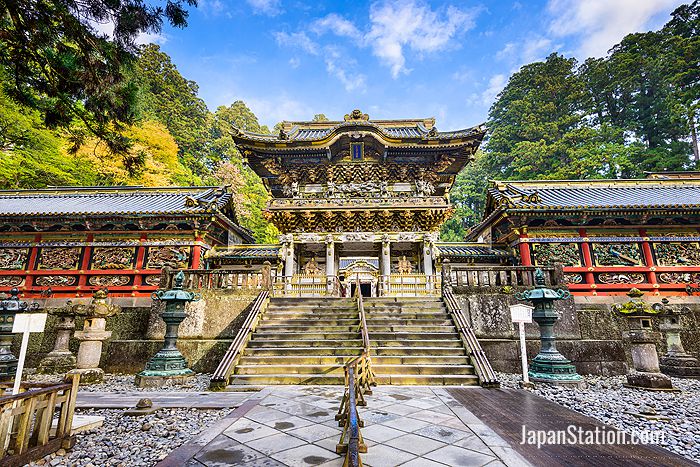 Toshogu Shrine – The temples of Nikko have drawn visitors for centuries

The main draw here is the incredibly ornate Nikko Toshogu Shrine, a mausoleum to Tokugawa Ieyasu, founder of the Tokougawa shogunate. Toshogu overflows with superlative craftsmanship from the Edo period (1600-1868) but there are many other architectural attractions here, in addition to hot springs and the upland plateau of Oku-Nikko. 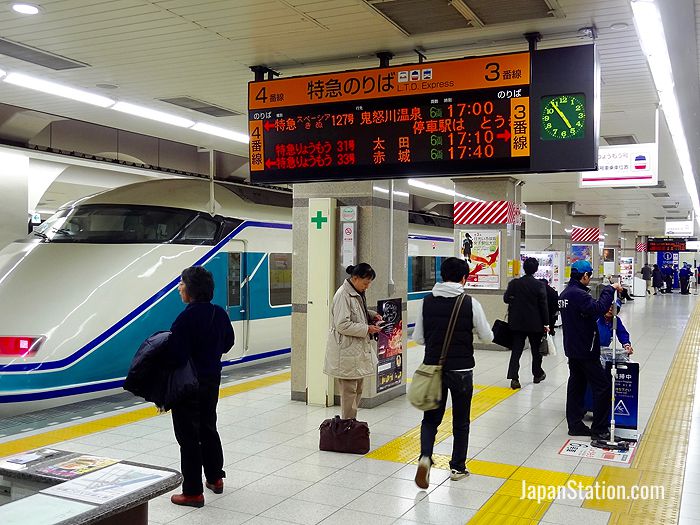 The limited express platform at Tobu Asakusa Station, where trains depart for Nikko and Kinugawa Onsen

The historic sites of Nikko are about 120 km north of central Tokyo, and getting there by train is easiest. There are two train stations at Nikko: Tobu Nikko and JR Nikko, which is usually just labeled “Nikko.” The stations are only about 100 meters apart. However, the Tobu Railway route departing from Asakusa Station is the quickest and the most popular. This article will introduce the best ways to get to Nikko both with and without a Japan Rail Pass, which is not accepted on Tobu Railway trains leaving from Asakusa Station. 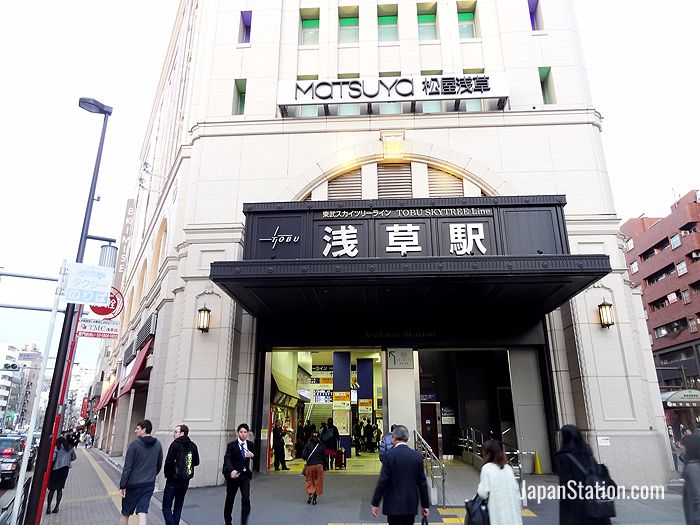 The entrance to Tobu Asakusa Station, where trains depart for Nikko on the Tobu Skytree Line

The quickest direct route to Nikko from Tokyo is on Tobu Railway. It runs trains to Nikko from Tobu Asakusa Station, which is located above Asakusa Station on the Ginza and Asakusa subway lines. The SPACIA Limited Express, Rapid and Section Rapid services travel on the Tobu Skytree Line to Kinugawa Onsen, a hot springs resort near Nikko. 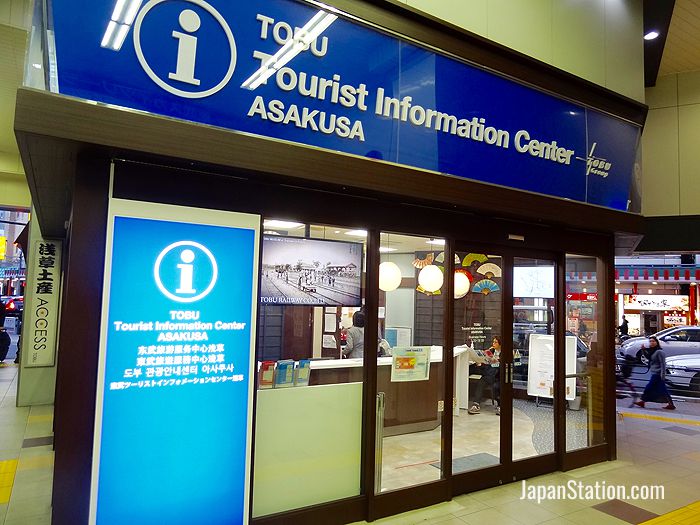 The SPACIA Limited Express trains require seat reservations. The trains come in two versions: the Kegon, which goes to Tobu Nikko and is the fastest route to Nikko. It goes directly to Tobu Nikko Station in about 1 hour and 50 minutes. 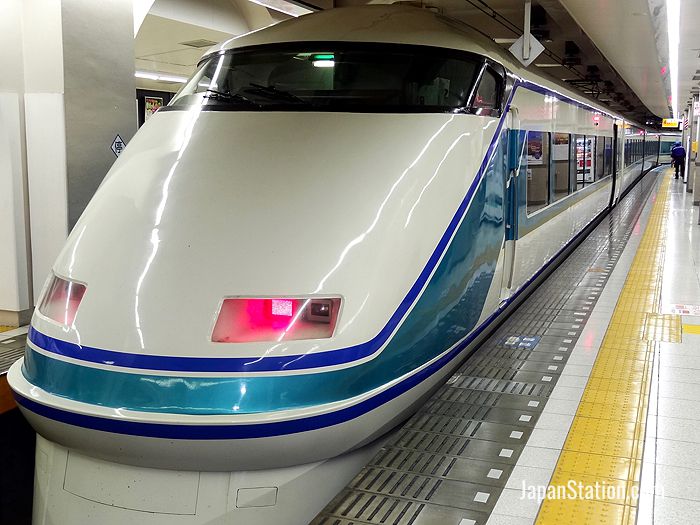 The other SPACIA is the Kinu, which is bound for Kinugawa Onsen, and requires a stop at Shimo-imaichi Station, where you’ll have to switch to the Tobu Nikko Line for the 10-minute journey to Tobu Nikko Station. The entire journey takes about 2 hours.
Both the Kegon and the Kinu cost 2,700 yen including seat reservation fee. 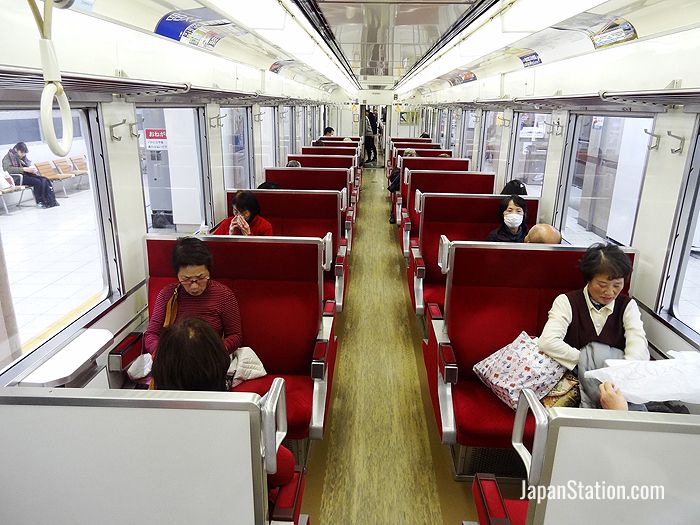 Note that the Japan Rail Pass is not accepted on Tobu Railway. However, Tobu offers the Nikko Kinugawa Discount Pass, which is available in several versions. For example, the Nikko City Area Pass (2,670 yen) is valid for two days and gives users access to central parts of Nikko and Kinugawa Onsen as well as Shin-Fujiwara.

If you want to use your Japan Rail Pass to get to Nikko, there are several options outlined below. 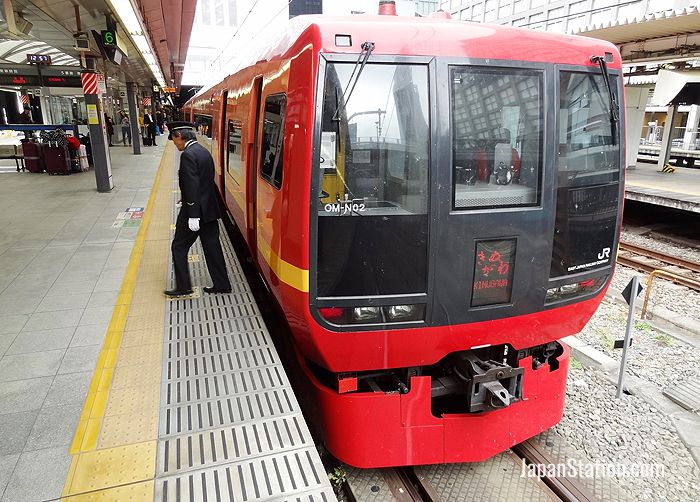 JR East and Tobu Railway SPACIA trains depart from JR Shinjuku Station’s platform 5 and use JR tracks on part of their journey to Tobu Nikko Station. These services are called Nikko, Kinugawa, SPACIA Nikko or SPACIA Kinugawa. They take about two hours to reach Tobu Nikko and a ticket costs 4,000 yen. 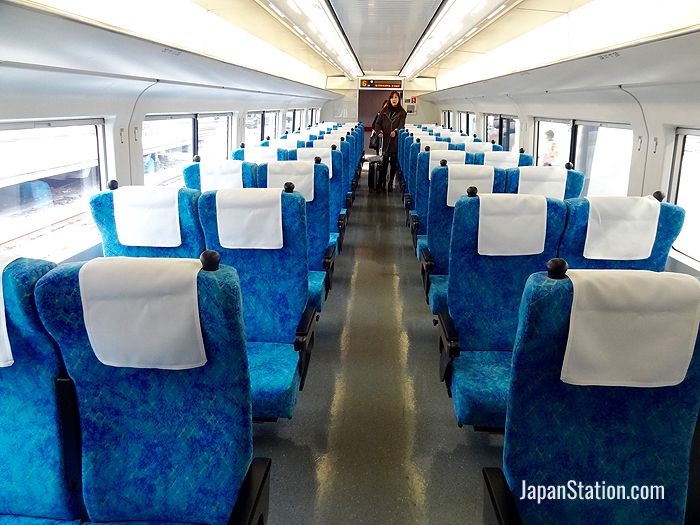 Note that if you want to use your Japan Rail Pass on a Tobu SPACIA service leaving from Shinjuku Station or other JR East stations, you’ll have to pay an extra 2,000 yen because Tobu Railway is not part of the Japan Rail Pass program.

You will have to reserve a seat at a JR Midori no Madoguchi (Green Counter) reservation counter before boarding. The 2,000 yen charge can be paid on the train or when you arrive at Tobu Nikko Station.

Using the Shinkansen bullet train to go to Nikko takes about two hours, and travelers can use a Japan Rail Pass for this route. 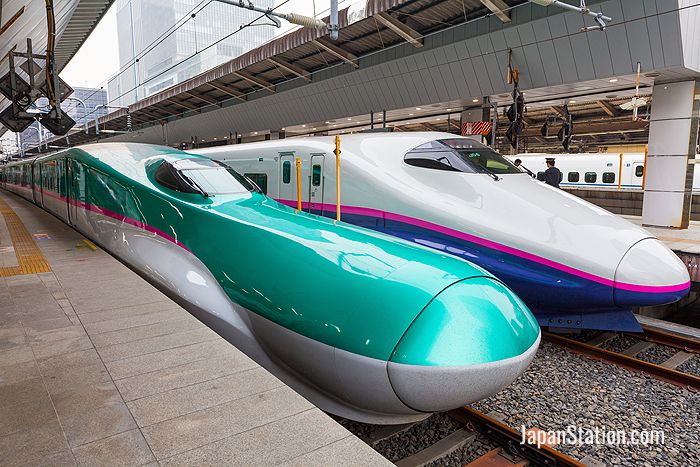 One option involves taking the Shonan Shinjuku Line from Shinjuku Station to Omiya Station, transferring to a Yamabiko or Nasuno service on the Tohoku Shinkansen line, then transferring again at Utsunomiya for the JR Nikko Line bound for Nikko. If you don’t have a Japan Rail Pass, it costs 4,750 yen including a reserved seat on the Shinkansen.

A journey from Tokyo or Ueno stations on the Tohoku Shinkansen (Yamabiko or Nasuno services) to Utsunomiya Station, followed by a ride on the JR Nikko Line to JR Nikko Station, takes about two hours and costs 5,060 yen. 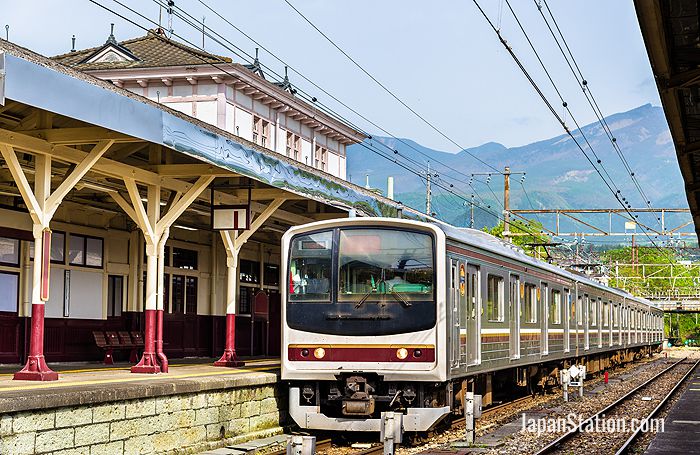 Regular JR East trains going from the Tokyo area to Nikko require one or more transfers, including at Utsunomiya Station. While Japan Rail Passes are valid on this route, it can take over two and a half hours. 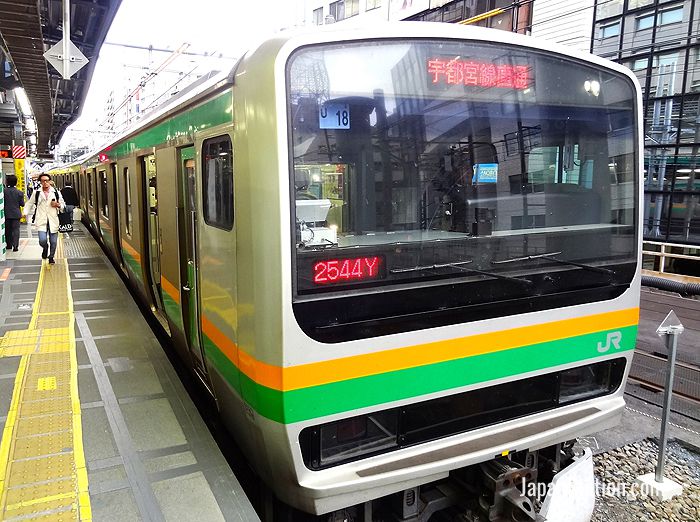 From JR Shinjuku Station, Shonan Shinjuku Line trains run to Utsunomiya Station, where a transfer is required to the JR Nikko Line running to Nikko. The journey takes about 2 hours and 40 minutes. If you don’t have a Japan Rail Pass, a ticket costs 2,590 yen.

There are no bus services linking central Tokyo with Nikko. There are direct buses going from Narita Airport to Nikko (3 hours, 45 minutes; 4,500 yen). From Haneda Airport, buses run to Utsunomiya Station (2 hours, 30 minutes; 3,600 yen), where a transfer to the JR Nikko Line is required and then a journey to Nikko (45 minutes; 760 yen). 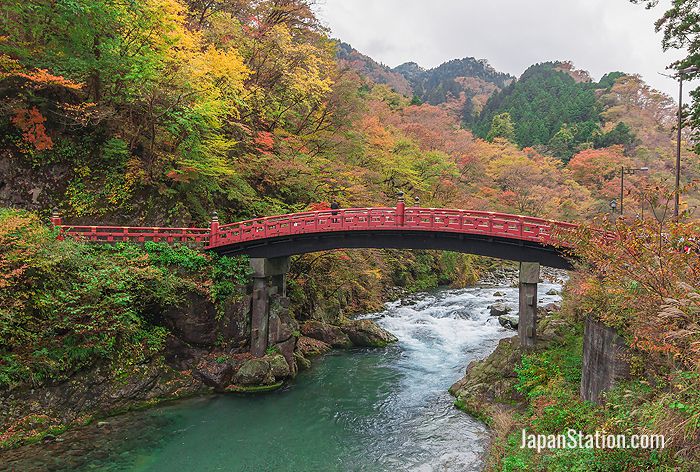 Shinkyo Bridge during Autumn in Nikko