Situated to the southwest of Tokyo, Hakone is a mountainous area dominated by Japan’s tallest peak, Mt. Fuji. Aside from its eye-popping views of that iconic volcano and Lake Ashi, Hakone is famous for its hot springs (onsen) as well as traditional Japanese inns (ryokan) where taking a bath in hot spring water is the best way to relax. A collection of museums and volcanic sulphurous hot springs such as Owakudani completes the attractions. With quick and convenient rail and bus connections, Hakone can easily be done as a day trip from Tokyo. 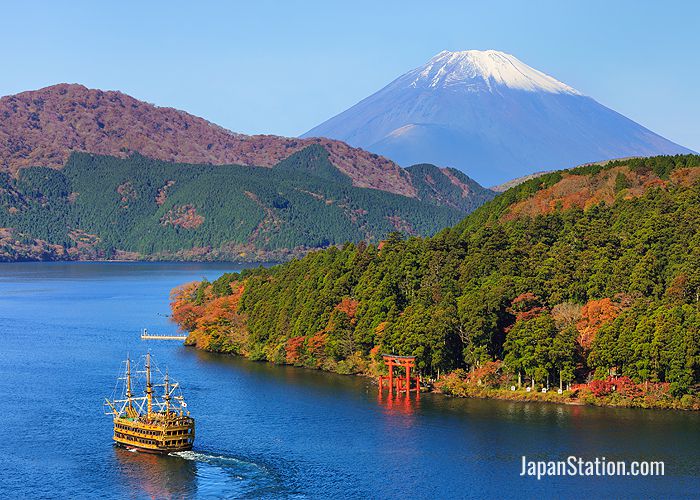 Hakone is part of the Fuji Hakone Izu National Park, but this wilderness area is actually home to seven hot springs towns including Hakone Yumoto and Miyanoshita. When it’s not hidden by clouds, Mt. Fuji presents a breathtaking sight on the horizon; the best time to catch a glimpse of the mountain is the winter months of December to February. Riding the Hakone Tozan Line, a railway snaking up the mountainsides, is an enjoyable way to get around. 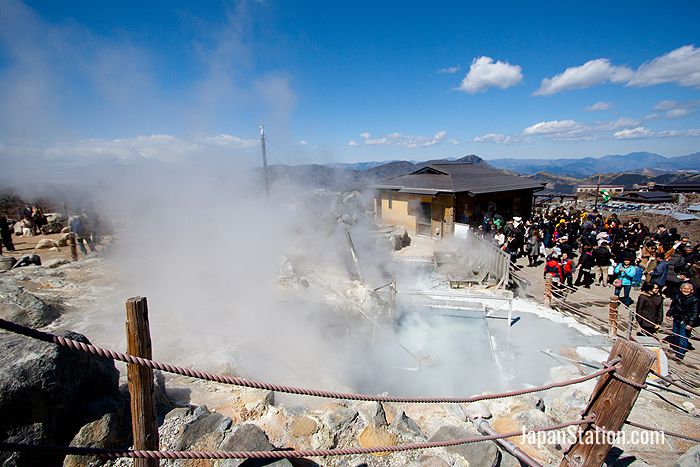 Hot springs are one sign of underground geothermal activity here

Tokyo to Hakone By Train

Hakone lies in Kanagawa Prefecture about 78 km southwest of central Tokyo. It’s located along the major rail and road networks linking the capital with the cities of Nagoya, Kyoto and Osaka. There are seven train stations in the town of Hakone itself, but they’re all on the Hakone Tozan Line mountain train. The main gateway to the area is the line’s Hakone-Yumoto Station, situated on the eastern edge of Hakone. From there, the line climbs into the mountains to Gora Station.

This article will introduce the best ways to get to Hakone both with and without a Japan Rail Pass, which is not accepted on Odakyu Electric Railway trains leaving from Shinjuku Station. 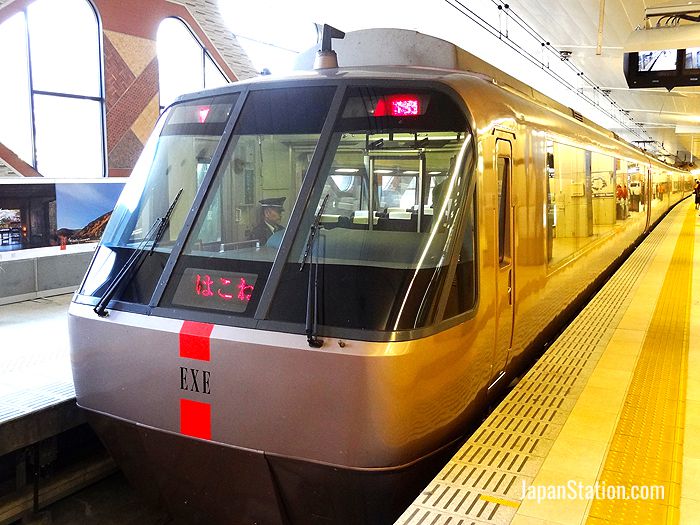 The quickest direct route to Hakone from Tokyo is on the Odakyu Electric Railway. It runs trains to Hakone from Shinjuku Station, a major hub in Tokyo and the busiest train station in the world. The Odakyu Limited Express Romancecar travels from Shinjuku to Hakone-Yumoto Station in about an hour and a half. Some versions of these trains have features such as observation decks and saloon seats. 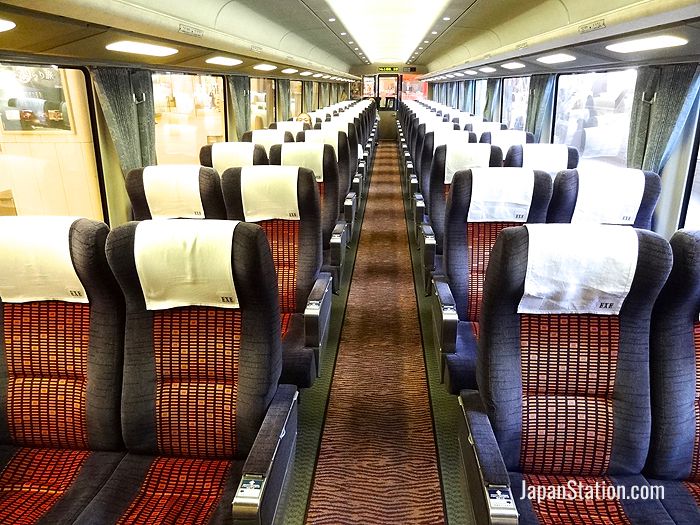 The Romancecar trains require seat reservations, which can be made at the Odakyu Sightseeing Service Center near the West Exit of Shinjuku Station, at Odakyu Line ticket machines, or online at the e-Romancecar site.

A one-way ticket from Shinjuku Station to Hakone-Yumoto Station on the Romancecar train costs 2,080 yen including the limited express surcharge. If you’re traveling on regular Odakyu trains, the price is 1,190 yen, but a transfer at Odawara Station or Fujisawa Station may be required. Note that the Japan Rail Pass cannot be used on this line because it’s not part of the Japan Railways network. 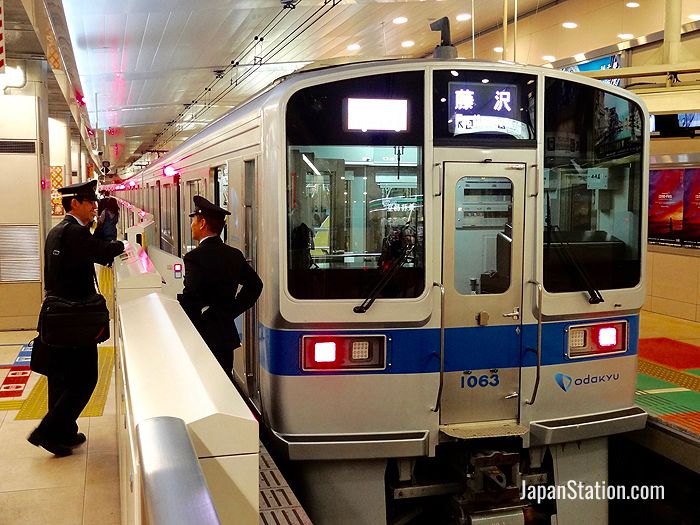 However, Odakyu does offer the Hakone Freepass, which can be used on eight forms of transport to and around Hakone, including the Hakone Tozan Line trains, the Hakone Tozan Cable Car, the Hakone Tozan Ropeway, as well as local buses. The Freepass is valid for two days. It’s 5,140 yen for adults and 1,500 yen for children departing from Shinjuku, and can be purchased at Odakyu ticket machines or at the Odakyu Sightseeing Service Center near the West Exit of Shinjuku Station. 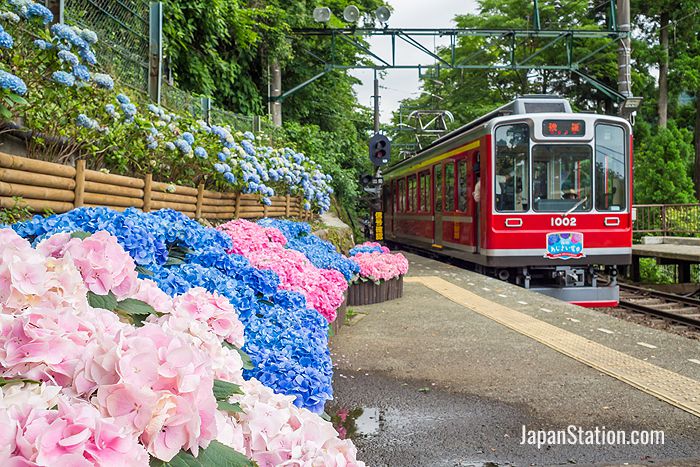 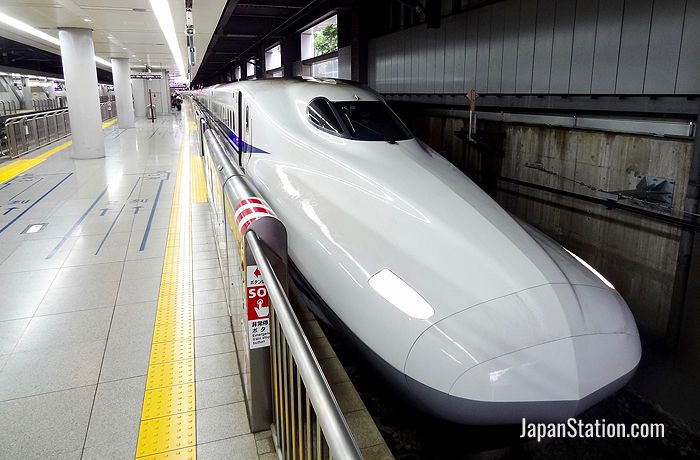 Bound for Shin-Osaka Station, this Hikari service on the Tokaido Shinkansen bullet train will stop at Odawara Station

Slower options include JR Tokaido Main Line trains, which take 1 hour and 13 minutes to travel from Tokyo Station to Odawara Station (1,490 yen without a Japan Rail Pass). JR Shonan-Shinjuku Line trains can get you from Shinjuku Station to Fujisawa Station, where you can catch the Tokaido Main Line for Odawara (a trip of 1 hour, 20 minutes that costs 1,490 yen without a Japan Rail Pass).

From Odawara Station, the Hakone Tozan Line mountain train brings passengers into the mountains, stopping at stations including Hakone Yumoto (16 minutes, 310 yen), Miyanoshita (51 minutes, 580 yen), and the terminus Gora (1 hour, 670 yen), where you can get on the Hakone Ropeway gondola. A transfer at Hakone-Yumoto may be required.

Tokyo to Hakone By Bus 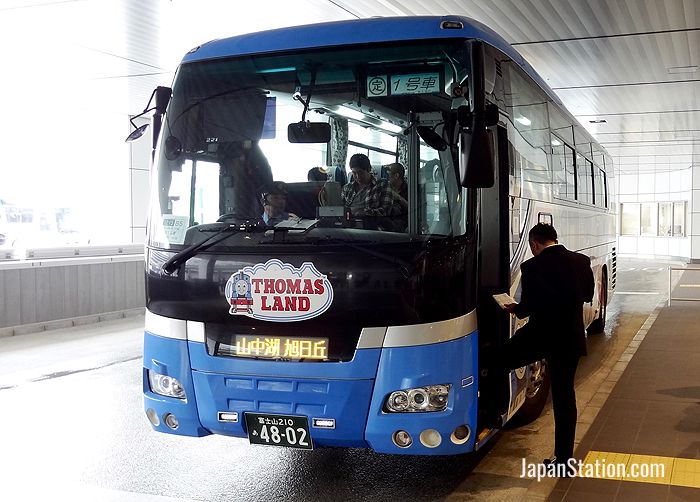