Tobu Railway will debut a new set of #500 series trains in the spring of 2017 which will run limited express services from Tokyo to a variety of destinations in northern Japan. The trains named “Revaty” will run from Asakusa in central Tokyo to scenic locations such as Nikko, Kinugawa Onsen, and Aizu-Wakamatsu. 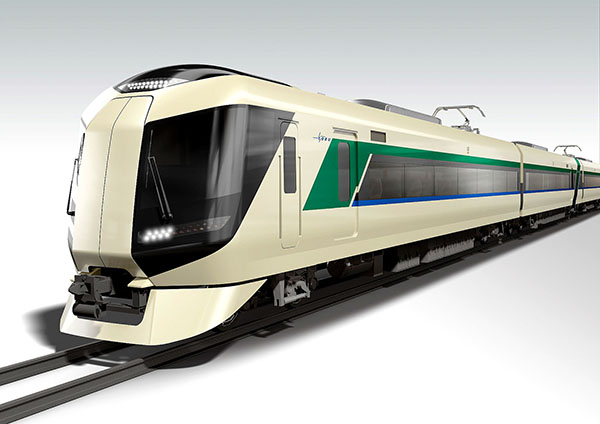 The train’s sleek exterior is colored “champagne beige” with green and blue highlights. The green symbolizes the forests of northern Japan, and the blue symbolizes the future

The new train’s sleek design has been overseen by the award-winning industrial designer Ken Kiyoyuki Okuyama. Okuyama is best known for designing Ferrari automobiles but has actually designed a large number of other railway vehicles including JR East’s luxury cruise Train Suite Shiki-Shima which is also scheduled to debut this May.

Eight three-car sets of the new train are being constructed which can be coupled together into larger units, or separated en route. This ability to link up the trains is key to enabling the new Limited Express to run to a greater range of destinations on both tourist and commuter routes. Two trains can be coupled together for the first part of the journey from Asakusa, before being separated in Saitama into two separate services: one which follows the Tobu Nikko Line, and the other the Tobu Isesaki Line. 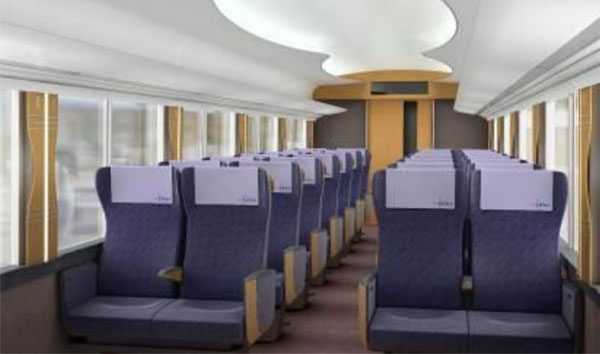 The name “Revaty” is actually derived from the English words “variety” and “liberty” reflecting the numerous routes the trains can service and the greater freedom this will give Tobu Railway’s passengers. Each three-car train set will have 161 seats and each seat will be fitted with an electrical power outlet. Carriages will use LED lighting, and be fitted with a universal access toilet as well as a western style toilet. Wi-Fi will be available throughout the train. In a first for Tobu Railway, carriages will also have active suspension to reduce vibrations when traveling. 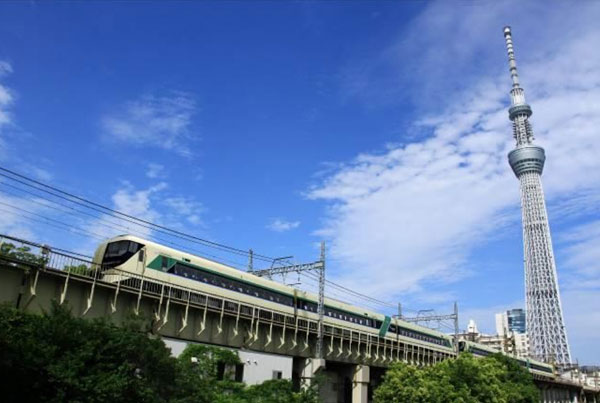 Tobu have confirmed the following services to commence in spring of 2017: