Tobu Railway are to introduce a new electric train this June that will run direct through services between the Tobu Skytree Line and Tokyo Metro’s Hibiya Line. These trains are fitted with the very latest electric traction motors which will save 25% of the energy currently used by older Tobu trains. 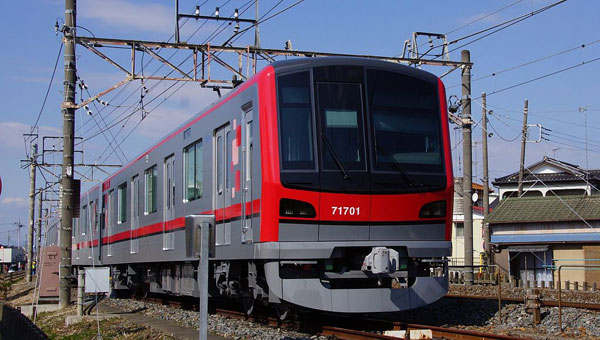 The Tobu 70000 series is the “sister train” of the Tokyo Metro 13000 which started running between the Skytree and Hibiya lines in March of this year. Both trains were built by the Osaka based manufacturer Kinki Sharyo and have many design points in common.

Both new trains consist of 7 car sets of 20 meter long carriages, and they were built to replace older models that consisted of 8 car sets of 18 meter long carriages. With a view to installing platform safety doors along the Hibiya Line, both of the new model trains have a standardized door arrangement of 4 doors for each side of a carriage. The older trains had a mixture of 3 or 5 doors per side which made the installation of regularly spaced platform doors impossible.

Both of the new train models also employ LED lighting, have space for wheelchairs and pushchairs, and have LCD display screens over the carriage doors which show route maps, transfer information, and advertisements. Seating inside the new trains is also wider than that of older trains. 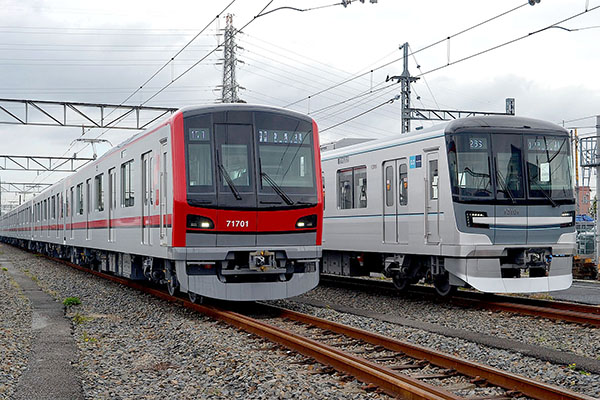 In contrast with Tokyo Metro’s 13000 series, the Tobu 70000 has a red and black color scheme along the exterior of each carriage and projects slightly at the front which gives it a more dynamic image. Its interior seating is also maroon red, and the reinforced glass partitions between carriages are decorated with scenes from along the Tobu Skytree Line. 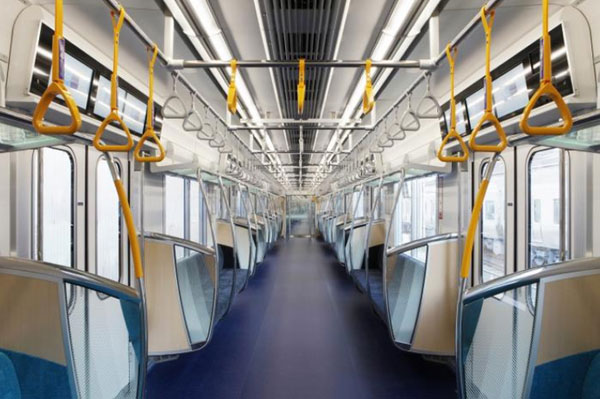 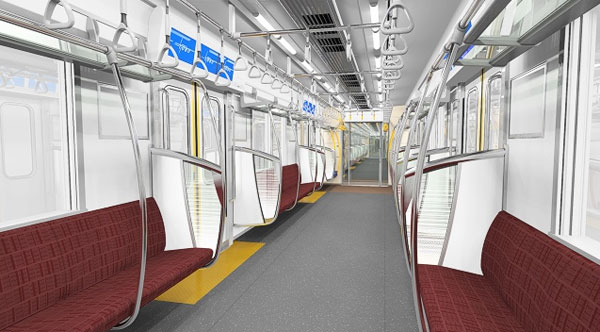 The Tobu 70000 series will begin commercial operations on the Tobu Skytree Line and Tokyo Metro’s Hibiya Line this June.