Clearly a lot has changed since the last Tokyo Olympics in 1964 when passengers could smoke anywhere they liked on a shinkansen. Some 53 years later smoking cars are about to disappear entirely from the Japanese archipelago. 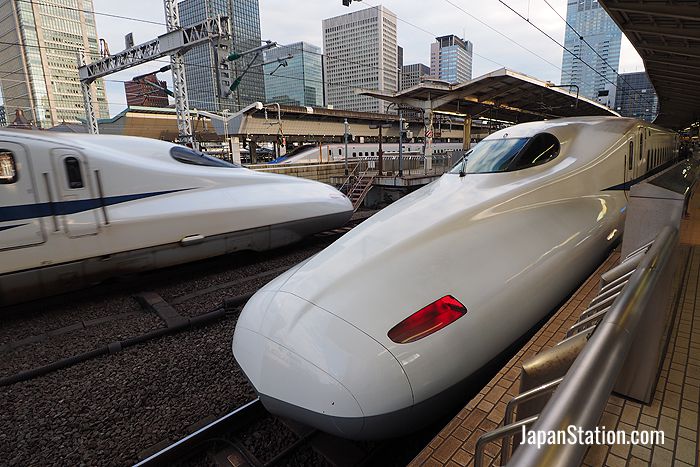 From March of this year, regular Nozomi and Hikari through services on the Tokaido and Sanyo lines which use the latest N700A series trains have only non-smoking cars. However, they still have standing smoking rooms on the decks between carriages. Apart from special train services that run on weekends or during vacation periods, the only regular trains that still have smoking cars are those that use the old N700 series trains. These are the Kodama service on the Tokaido line and some Hikari services on the Sanyo line. JR Central and JR West plan to retire these trains by the spring of 2020. 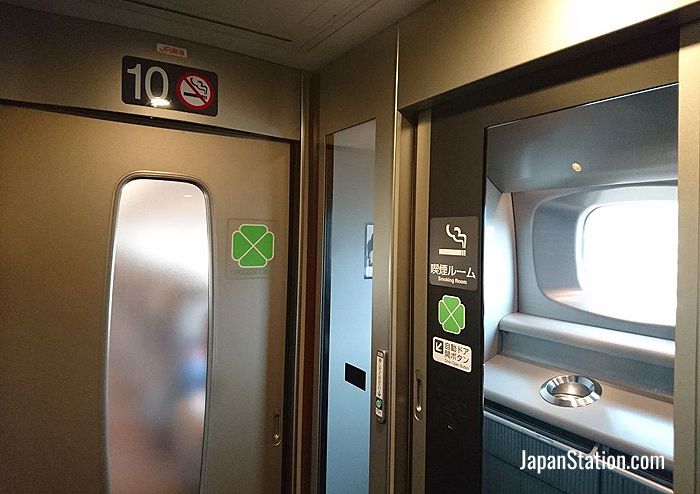 JR East made its Tohoku, Joetsu, Yamagata, and Akita shinkansen services completely non-smoking, without any smoking rooms in March 2007. The Hokuriku Shinkansen line, which was extended from Nagano to Kanazawa in 2015, and the Hokkaido Shinkansen line which was opened in 2016, are completely non-smoking too. The Kyushu Shinkansen line which opened in 2004, also has no smoking cars and only has smoking rooms on through services from the Sanyo line. The Linear Chuo Shinkansen, which is scheduled to begin commercial operations between Tokyo and Nagoya in 2027, will also be completely smoke-free.