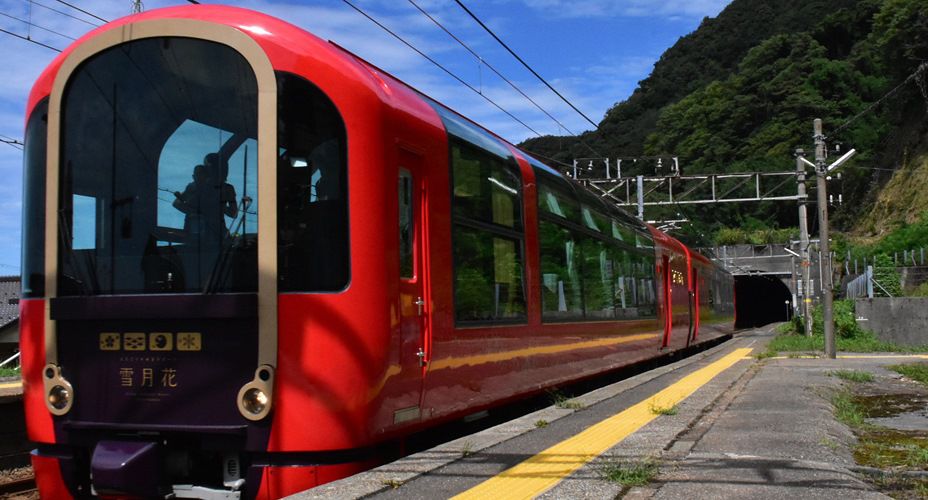 The Setsugekka is an award-winning sightseeing train which was launched by Echigo Tokimeki Railway in 2016. The name of the train means “Snow, Moon, Flowers” and is a romantic reference to the three traditional sources of inspiration for Japanese artists and poets. Consisting of just two carriages with 45 seats, the Setsugekka has the largest windows on any train in Japan, and travels at a leisurely pace through the Niigata countryside so that passengers can fully enjoy the passing scenery. 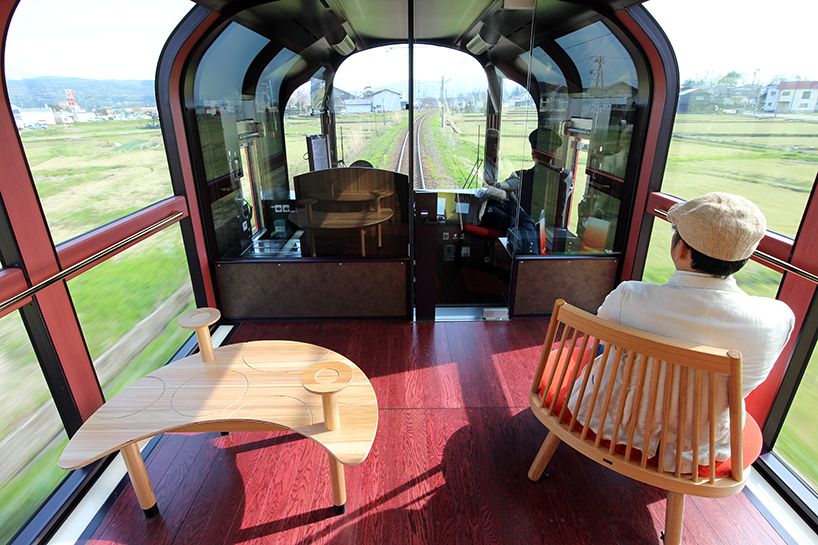 Decked out with local birch, beech, and cedar wood the first carriage is an observation lounge, while the second carriage holds a French restaurant, café and bar. 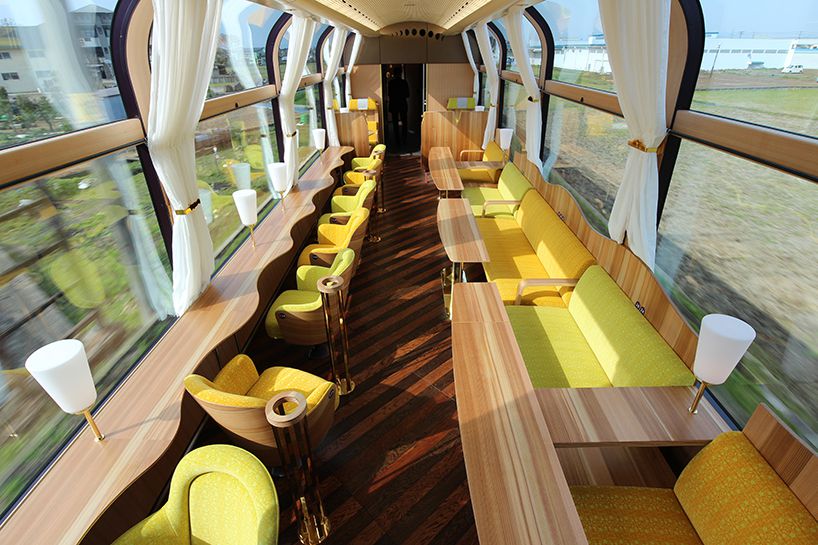 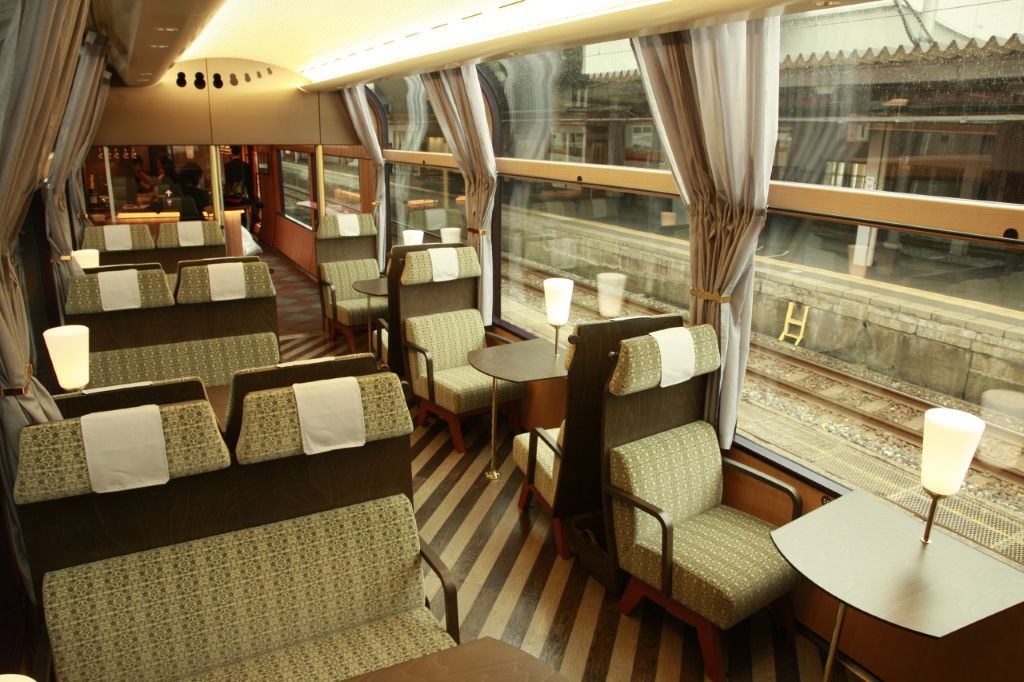 Soft drinks, beer, wine and regional sake are available from the bar

The train has won several design awards in Japan and in June of this year won a Public Space Design Award from the SBID International Design Awards which cited the train for setting “the pace for regional design innovation.” 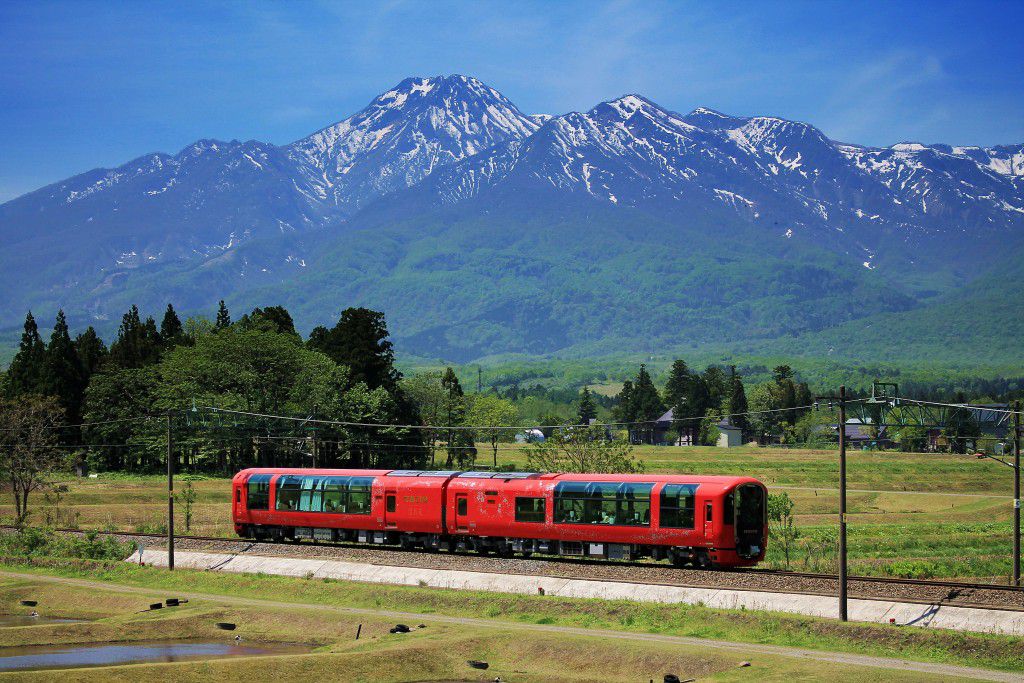 A beautiful train in a beautiful setting. The body of the train is colored vermilion to offer a warm contrast with the surrounding natural scenery

10.30: The Setsugekka departs from Itoigawa Station
11.40: The train arrives at Minami-Otari Station

12.33: The Setsugekka departs from Minami-Otari Station
13.40: The train arrives at Itoigawa Station

Passengers will also receive memorabilia of the event and some special products of the locality. 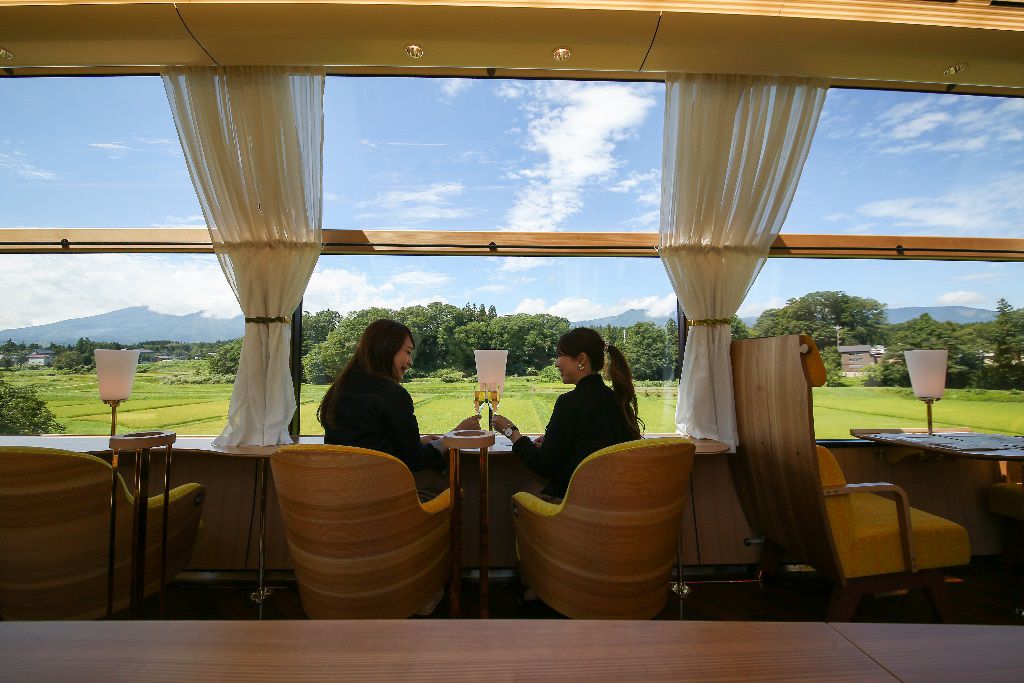 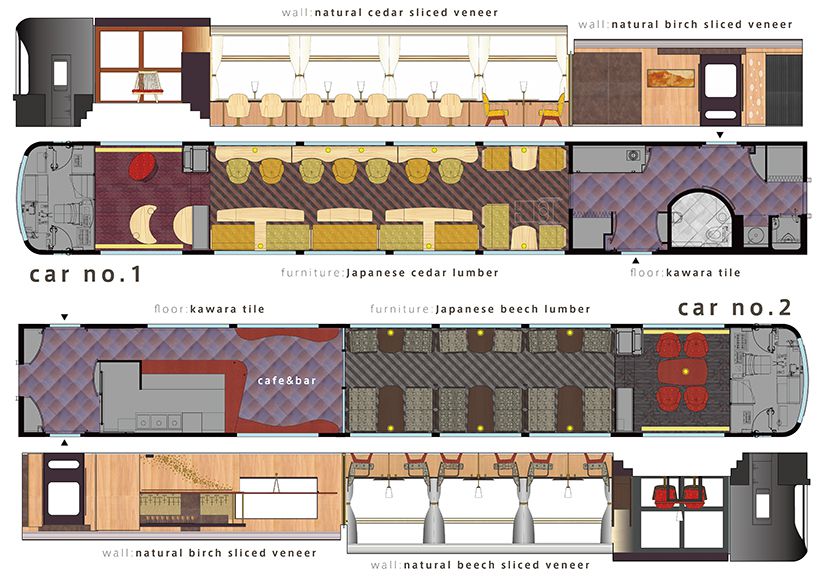 To learn more about the Setsugekka, please visit the official website (Japanese language only).