JR East have announced this year’s dates for the “Hashiru Noka Restaurant” or “Traveling Farmhouse Restaurant”, a special gourmet touring service that was introduced on Nagano Prefecture’s Iiyama Line last year. The idea of this unique tour is that passengers can taste a series of regional specialities, while enjoying beautiful views of the Nagano countryside, its orchards and fields, its mountains and valleys, and the majestic Shinano River. 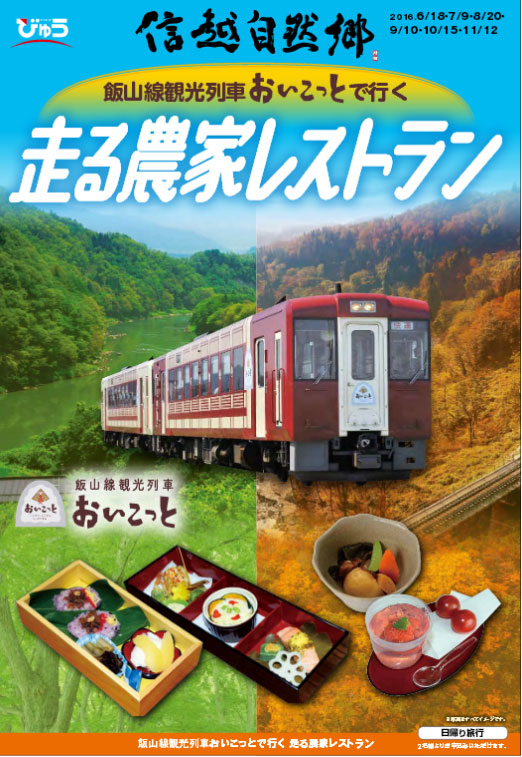 A brochure for the “Hashiru Noka Restaurant” tour

What’s interesting about this gourmet service is that the meal consists of four separate courses which are prepared at four different stations along the route. Each course is brought on to the train and served to the passengers when it arrives at that station. The emphasis is very much on serving super fresh seasonal dishes local to each area and made only from the very best local ingredients.

The train used for the “Traveling Farmhouse” is a two car touring train with the rather unusual name “Oykot.” This train has an interior that has been modified to resemble an old-fashioned Japanese style home. With soft lighting, warm colors, and window shades that resemble shoji style sliding paper doors, the train is meant to evoke nostalgic “hometown” feelings, which is actually why it is called “Oykot”. The name is actually “Tokyo” spelled backwards, because nothing could be more different from the big old dirty capital, than the fresh air, rustic landscapes, and simple comforts of Nagano style country life! 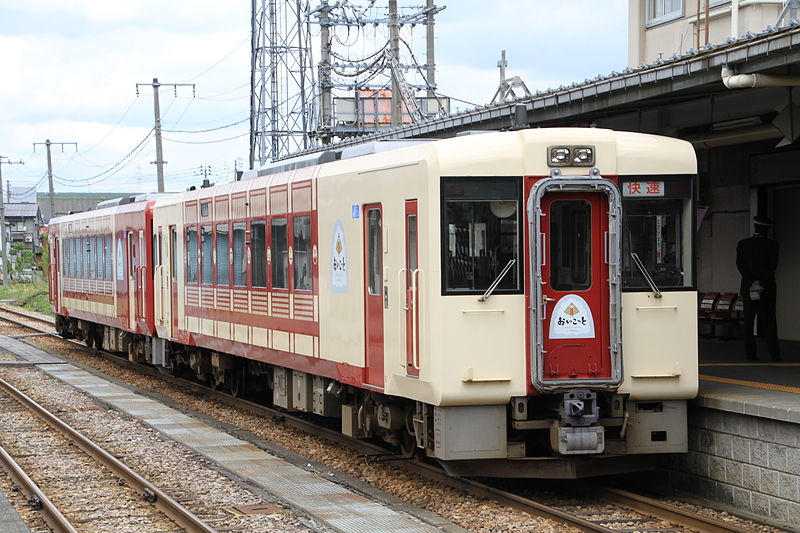 The Oykot train. Image by Udda.

The “Traveling Farmhouse” takes a little over two hours to run between Nagano Station and Mori-Miyanohara Station in Nagano Prefecture and there are four serving stops en route. The specific dishes vary by season but the courses include appetizers, a second dish of local delicacies, broiled and deep fried dishes, a main dish with rice, and dessert. Once the train arrives at Mori-Miyanohara Station passengers have a choice between two scheduled excursion options. These vary by season but typically they include either a visit to an onsen, or a hands-on cultural craft experience such as making washi paper. Later on a bus will convey passengers back to rendezvous with the Oykot train for the journey back to Nagano Station. 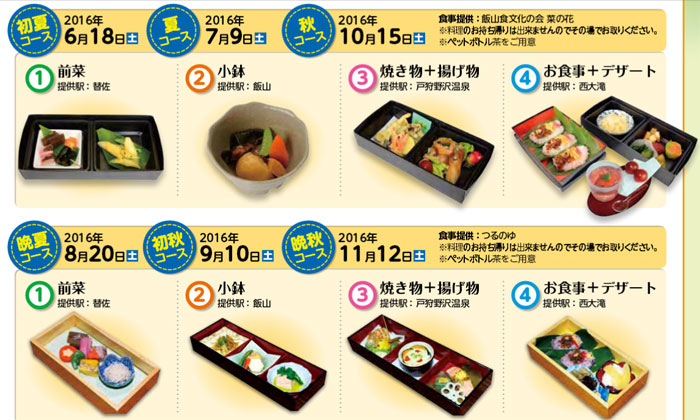 JR East’s “Hashiru Noka Restaurant” tour will run on six dates this year: June 18th, July 9th, August 20th, September 10th, October 15th and November 12th. However, booking for October onward cannot be made until August 15th. Tours from Nagano Station cost 9000 yen for adults and 7600 yen for children. To make a booking, please enquire directly at JR East Stations or make enquiries online at the JR East website. An informational PDF about the tour is available in Japanese.