JR West opened the northern segment of the Osaka Higashi Line on March 16th, adding six more stations to the line and expanding its reach as far north as Shin-Osaka Station. As a result, Shin-Osaka Station, with its intercity shinkansen services, is now directly connected to Kyuhoji Station, and accessibility between the eastern and northern parts of Osaka is much improved. 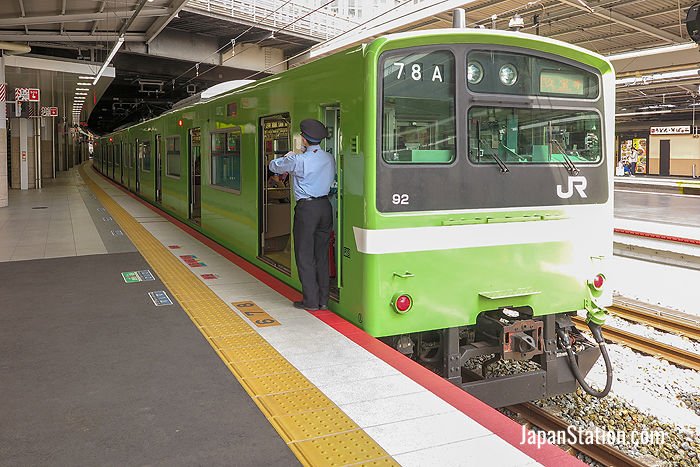 Nara is a historic city which is popular with tourists for its many ancient shrines and temples, its beautiful gardens, and for the deer which wander freely through Nara Park. Now, shinkansen passengers arriving at Shin-Osaka Station, can hop on a Direct Rapid service bound for Nara and be there in less than an hour for a fare of 920 yen. The current Direct Rapid service schedule is given below. Passengers traveling at other times can still transfer between the Osaka Higashi Line and Yamatoji Line at Kyuhoji Station and make the journey in a little over an hour.

The opening of the Osaka Higashi Line’s northern segment marks the completion of the line which was first given government approval approximately 40 years ago. Building of the southern part of the line between Kyuhoji and Hanaten stations began in 1999 and was completed in 2008. Construction of the northern part between Hanaten and Shin-Osaka stations began in 2011 and necessitated the building of four new stations: Minami-Suita, JR Awaji, Shirokitakoendori, and JR Noe. The presence of these new stations is expected to encourage the economic revitalization of Osaka’s eastern suburbs. 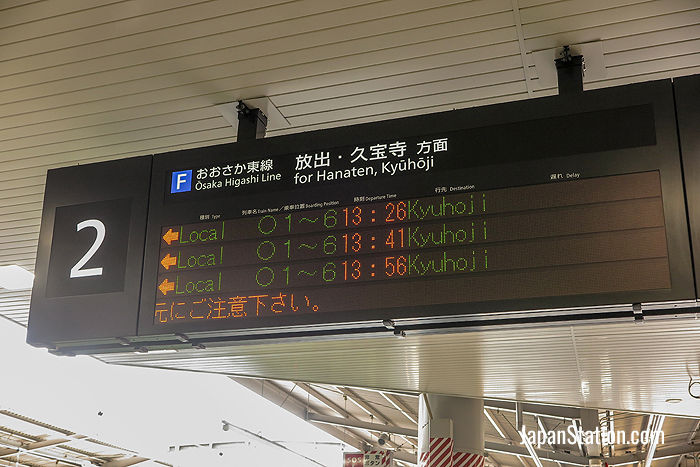 Local trains stopping at all stations on the Osaka Higashi Line depart from Shin-Osaka Station’s Platform 2 at intervals of roughly 15 minutes and take around 32 minutes to reach Kyuhoji Station. Direct Rapid services for Nara also depart from Platform 2.

For more information, please see our main article on the Osaka Higashi Line.

For information on things to see and do, or places to stay in Nara please visit the Nara Station website.

Article and original photos by Michael Lambe. All rights reserved.