One of Osaka’s most familiar sights, the orange 103 series train, was retired from the Osaka Loop Line on October 3rd, 2017. For almost half a century this distinctive commuter train has run the circular route of Osaka’s most important urban route. However, as part of JR West’s plans to modernize its Osaka operations, a new model of train was introduced in 2016. 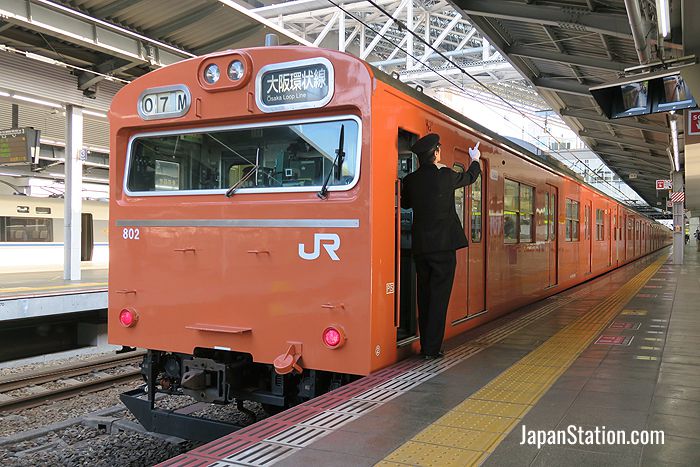 Once used extensively throughout Japan, the 103 series of trains was first introduced by the former Japanese National Railways in 1963. Some 3,400 trains in a variety of colors were built between then and 1984. On the Osaka Loop Line, where they were introduced in 1969, the 103 series has always had a bright orange livery, and this cheerful color became a symbol of the line itself. However, over time these trains required extensive maintenance and refurbishment to extend their working life, and a new train, the 323 series, was introduced on the Osaka Loop Line in December 2016. Notably, in a nod to its predecessor, the new train has some orange highlights on its sleek steel grey exterior. 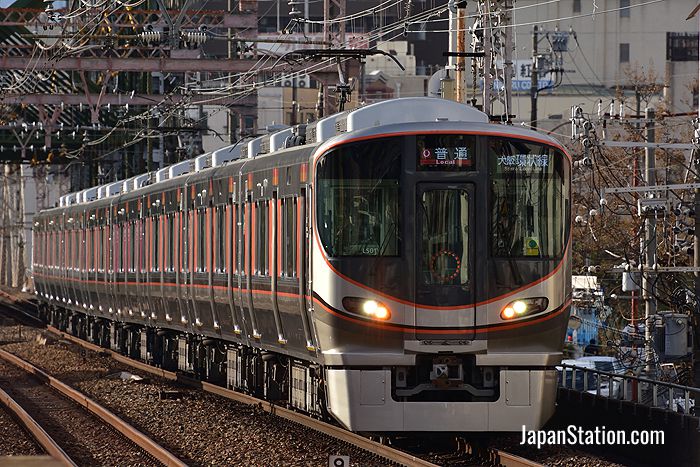 The last run of the Osaka Loop Line’s 103 series took place on October 3rd. The final train was completely packed with passengers and scores of railway enthusiasts lined the route to bid it farewell. Arriving at its final stop at Kyobashi Station at 11.19 am, the train was greeted by a huge crowd of well-wishers, all trying to get a last historic photograph.

Though another Japanese National Railways era train, the 201 series, still runs on the Osaka Loop Line, this train too is scheduled to be retired in 2018.

Railway fans nostalgic for the 103 series can still ride this train on JR West’s Nara Line, or JR Kyushu’s Chikuhi Line. JR West have also shared a video of the train on the familiar Osaka Loop Line route which it ran for a full 17,464 days.

Article by Michael Lambe. Photos by takechan/PIXTA and bravy100/PIXTA. All rights reserved.