Rail fans will be delighted to know that Hankyu Railway are releasing a new range of “kawaii” or “cute” souvenirs goods on September 12th. The new “Hankyu Densha” series of goods will be available for sale both on Hankyu station premises and in underground shopping arcades connected to those stations. 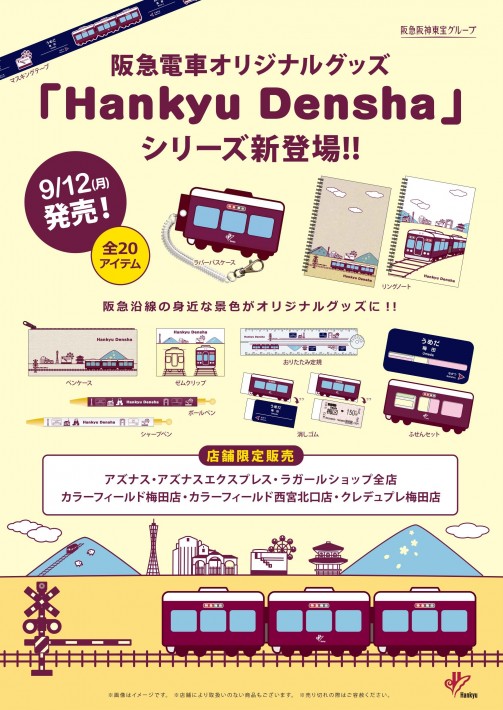 With a slightly retro-pop style the new goods will feature the famous Hankyu maroon train as their central motif with background images from the town and cityscapes served by Hankyu railway lines. These background designs will feature famous buildings from the major areas served by Hankyu Railways: Kobe, Takarazuka, Kyoto, and Umeda. Can you recognize all the famous locations represented below? 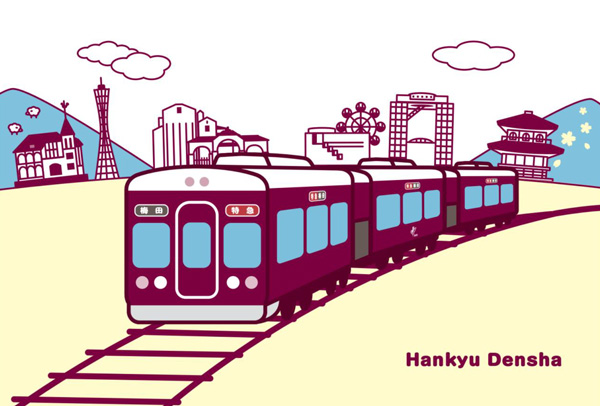 The famous sites depicted above are from left to right: one of the Ijinkan Western residences in Kobe, Kobe Port Tower, the Takarazuka Grand Theater, the Ferris Wheel of Hep Five in Umeda, the Umeda Sky Building, and Kyoto’s Ginkaku-ji Temple (also known as the Silver Pavilion). 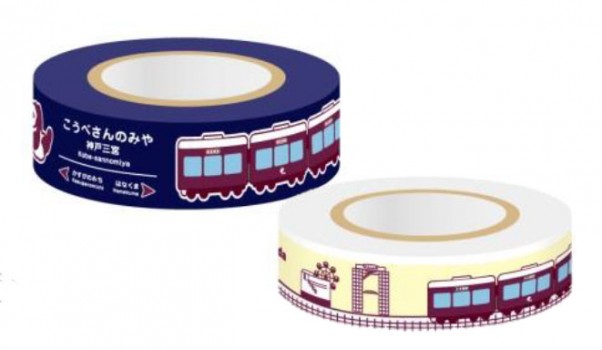 Altogether there will be 20 products on sale and although these will be mostly stationery goods such as ballpoint pens, clear plastic folders, and masking tape, there will also be other handy items such as hand towels and toothbrush sets.

True railway buffs will certainly be tempted by other items which are designed to look like railway realia, such as train tickets and station signs.

The new Hankyu Densha souvenirs will be available at Asnas convenience stores, Lagare shops, and other stores at Hankyu stations from September 12th. Prices listed above do not include tax.