Earlier this month Odakyu Railway unveiled designs for the next generation of their famous Limited Express Romancecar series of trains. The Odakyu Romancecar series has been providing luxury high speed access between Tokyo and resort areas such as Hakone, Izu, and Enoshima since 1957. 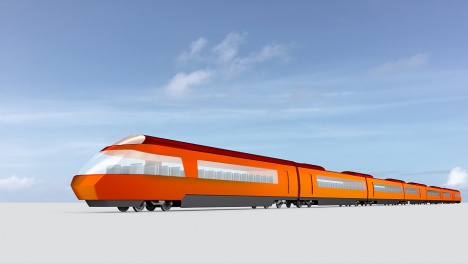 This newest #70000 series “Red Romancecar” has a distinctive vermilion exterior that hearkens back to the traditional coloring of the earliest Romancecars, and has more seats with improved visibility through larger windows. 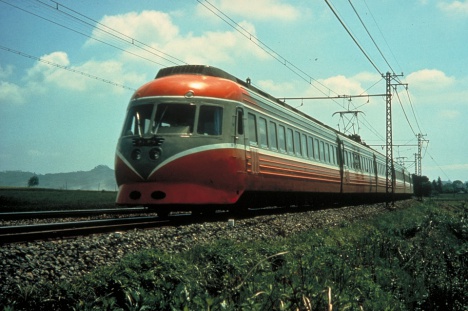 The first Romancecar in 1957 was the #3000 series SE which broke the world speed record for a narrow gauge train at 145km per hour. This record ultimately led to the first designs for the shinkansen bullet train

Currently, Odakyu are operating four types of Romancecar between Tokyo and the Hakone area for both tourists and executive commuters. Of these the LSE #7000 series and VSE #50000 series are distinctive for their 180 degree observation seats at the front of the train. The VSE, which was introduced in 2005, is particularly renowned for its comfortable seating and is so popular that demand for seats is much higher than availability. The LSE on the other hand, has been running since 1980, and is coming to the end of its working life. For these reasons Odakyu have decided to replace the LSE #7000 series trains with the new #70000 series. 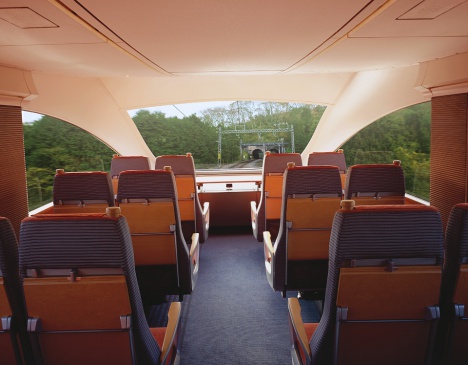 The new Romancecar #70000 is being designed by Noriaki Okabe’s Architecture Network, who previously designed both the VSE Romancecar, and the Hakone Tozan Railway #3000 series Allegra train. Two trains of 7 carriages each are to be built by Nippon Sharyo at a total cost of 4 billion yen. 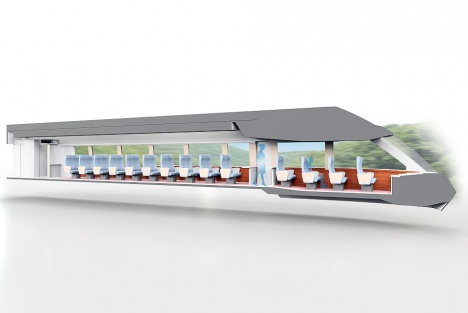 Though there will be fewer carriages than the VSE series, the carriages will be longer, so that the total length of the train will be about the same at around 142 meters. There will also be increased seating space for 40 more passengers, bringing the total seating up to 400 seats. 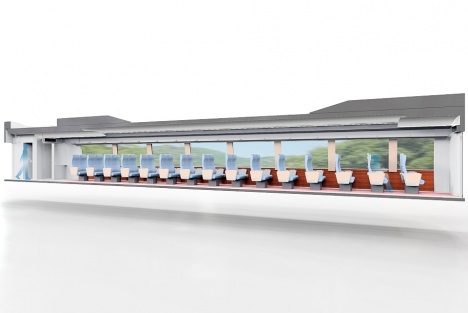 Altogether there will be increased seating for 40 more passengers

There will be 16 special observation seats at both the front and rear of the train. To make the viewing space bigger and more dynamic there will be no luggage racks above these seats, or on any seats on the train. Instead there will be luggage space beneath the seats as well as designated storage space for larger luggage between carriages. Windows will be 30cm higher than on the current VSE train, and stretch to 100cm across. 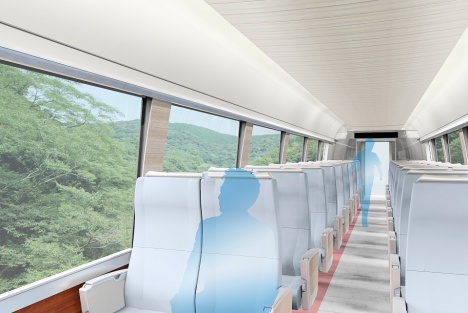 All carriages will be fitted with hydraulic full active suspension to reduce vibrations, and the trains will employ totally enclosed type motors for greater energy efficiency and reduced noise. The trains will be lit with LED lighting throughout, and fitted with security cameras both between and within carriages. Wi-Fi internet access will be available and regular carriages will have monitors showing real-time views from the observation carriages. There will also be increased space for wheelchairs, and wheelchair accessible washrooms, as well as multi-purpose rooms which can be used by nursing mothers, or anyone who falls ill during a journey. 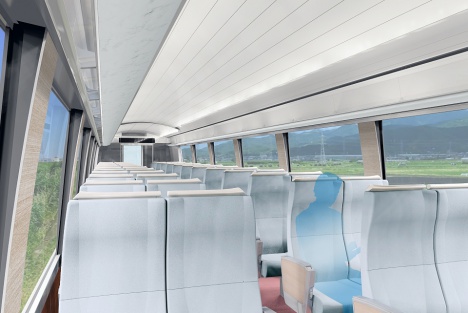 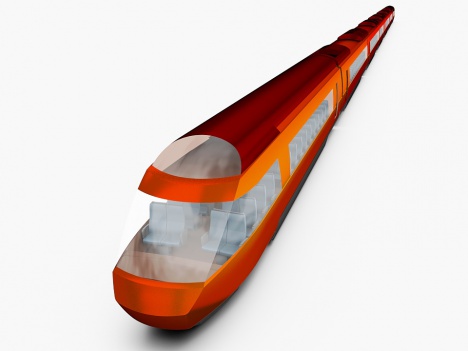 Just what kind of Super Express will the #70000 series be?

The #70000 series Romancecar is scheduled to finish construction by November 2017 and to begin regular runs between Shinjuku Station and the Hakone-Yumoto or Katase-Enoshima stations in March of 2018.