This October JR Kyushu are to debut a new energy saving electric train which can run from overhead power lines or an electric storage battery. The new #819 series train has been dubbed “DENCHA” which stands for “Dual ENergy CHArge train”, and it will have a trial run on the Chikuho Main Line on October 1st. 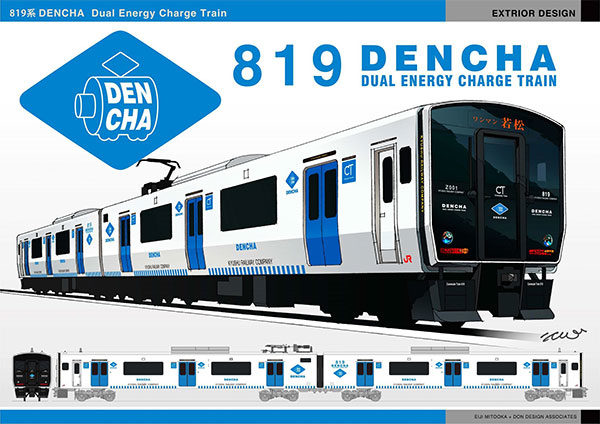 The advantage of this train is that it can run on both electric and non-electric rail lines, but always using clean electric energy instead of diesel fuel. As well as reducing fuel emissions, this type of train runs more smoothly, with less noise, and saves energy. The batteries are rechargeable and the train will also be fitted with an energy recovery mechanism that allows it to regenerate power from its breaking system. The interior of the train will be fitted with LCD display monitors above the doors and energy efficient LED lighting throughout.

From October 19th the DENCHA will commence running four round trips every day except Tuesday on the Chikuho Main Line between Wakamatsu and Orio Stations. The DENCHA train will depart from Orio Station at the following times: 1.14, 12.14, 14.14, and 15.06. Return journeys from Wakamatsu Station are scheduled at 11.37, 12.37, 14.37 and 15.34. This schedule will continue until November 30th, with the schedule for December to be announced at a later date. There are plans to run 6 more DENCHA trains from the spring of 2017. As 40% of JR Kyushu’s lines are not electrified, these new battery powered trains are seen as a cost effective way to replace their ageing diesel powered engines. 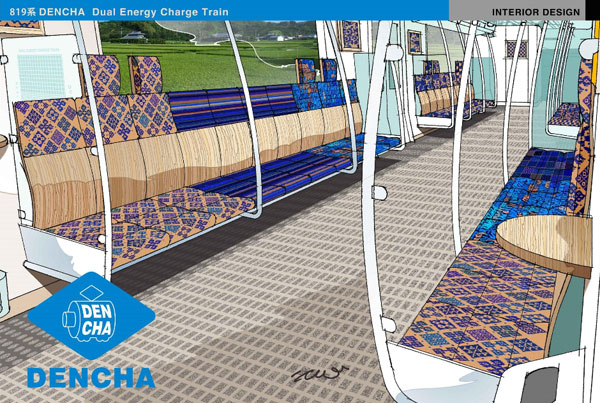