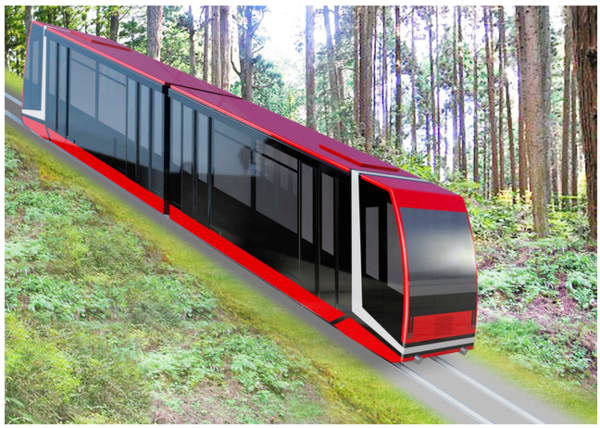 The new design for the Koyasan Cable Car

The Koyasan Cable Line links Gokurakubashi Station on the Nankai Koya Line with Koyasan Station on top of Mount Koya. The town of Koya on top of the mountain is the location of a historic Buddhist monastic settlement and a center of spiritual retreat. As such it has also become a popular tourist location with many temples offering overnight accommodation and the opportunity to try vegetarian Buddhist cuisine and early morning meditation. The cable line is an important route for travelers and pilgrims who wish to visit this sacred location, and it is also important for the townsfolk of Koya for whom it is an important means of transportation.

From the base of Mount Koya to the plateau at the top the cable cars cover a distance of 0.8 km and a vertical interval of 328 m in just 5 minutes. This year marks the 88th year since this distinguished cable line opened and the current cars in use are the third generation which have been in continuous use since 1964. As these are the first new cars to be introduced in 54 years, Nankai Electric Railway are taking the opportunity to update the entire installation. 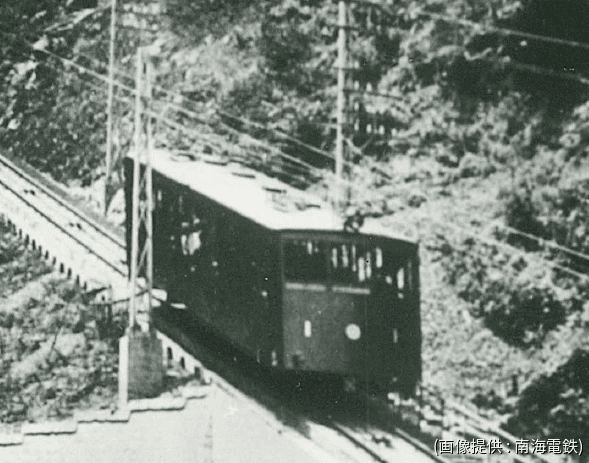 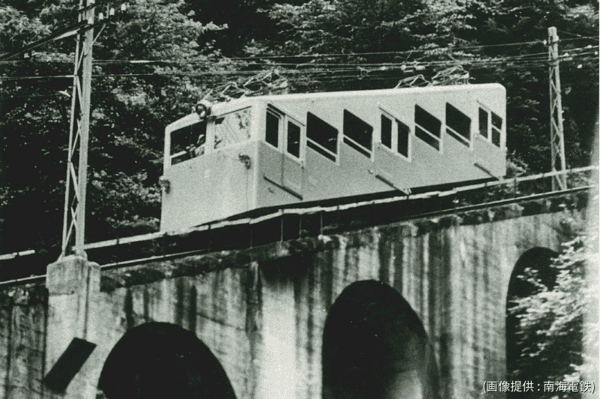 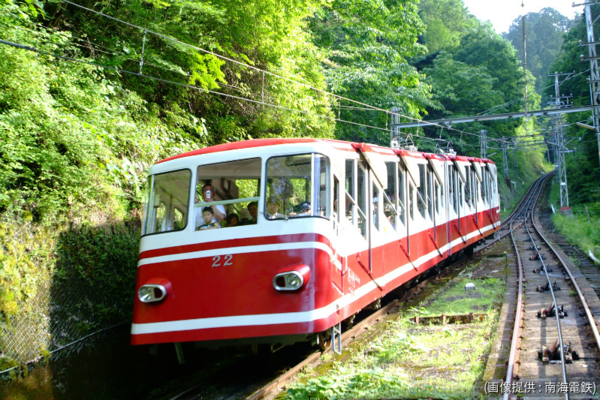 Though the new line is being built by Nippon Cable the new passenger cabins are being designed by the Swiss cabin maker CWA Constructions. Cabins will be 14 meters long, 3 meters wide, 3.3 meters high with a predicted capacity of 181 people. The design of these new cabins blends Japanese and Western styles. The streamlined European style body will be vermilion colored to match the color of Mount Koya’s most famous temples and pagodas.

Car 1 will have a white flash to match the color scheme of the Limited Express Koya which runs to Gokurabashi Station from Osaka. Car 2 will have an orange flash to harmonize with the colors of the surrounding mountain foliage. The cars will have large windows and curved glass at the front and rear so that passengers can really savor the mountain ascent and fully enjoy the natural scenery. Spacious seating will be set in wood grain interiors with wooden lattice work on the seat dividers to create a fresh and airy atmosphere. These seats will also be collapsible so that they can be stored away when there are too many passengers or for when there is a lot of baggage on board.

There will be a space for wheelchairs and electric wheelchairs and for smoother boarding and disembarking the doors of the cabins will increase from the current 750 mm to 900 mm in breadth. Variable indirect LED lighting will be used throughout. 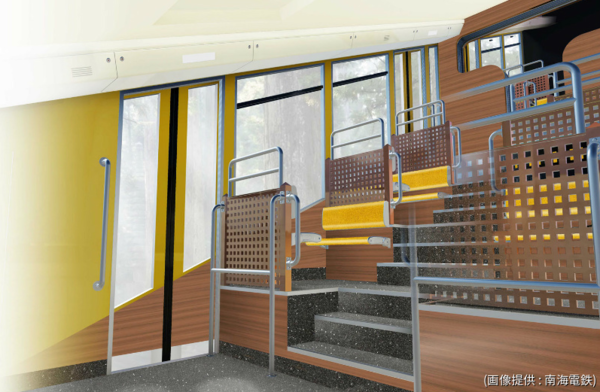 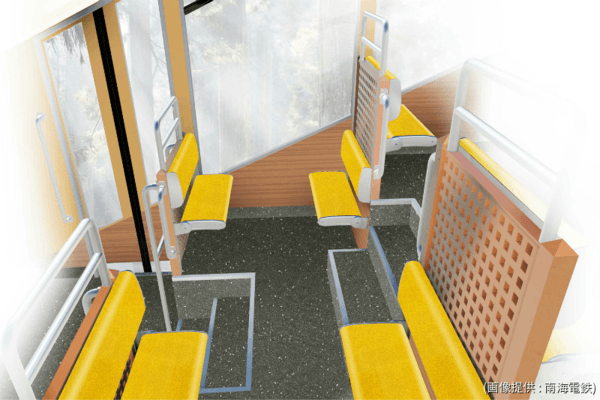 Passenger service on the Koyasan Cable Line will be stopped between November 26th and the end of February while the new cable line and cars are installed. During that period there will be a special bus service to take passengers up and down Mount Koya. Nankai Electric Railway will release further details about this bus service in October. The new cable line and cars are scheduled to begin full operations in March 2019.