JR West have announced a new station numbering system on 12 lines and 300 stations in the Kansai area of western Japan. The new system is scheduled to begin in March of 2018.

An example of the new station name signs with alphanumeric codes

In 2014 JR West introduced alphabetical letter codes and distinguishing colors to their route line maps. The plan to number stations is part of the company’s long term commitment to making JR West railways more user friendly for foreign travelers. Numbers will be added to stations on the 12 lines in the Kansai region that are traveled most by foreign passengers. 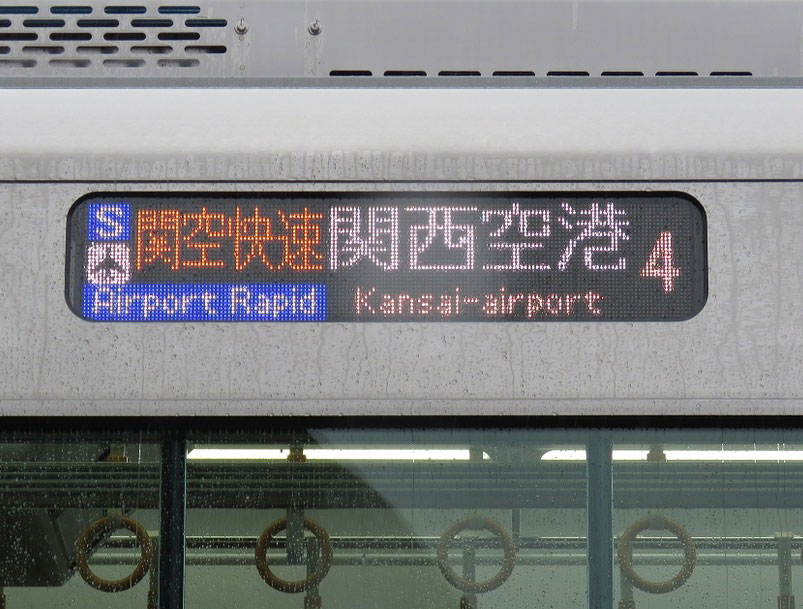 Line alphabetical codes and colors have already been introduced. In the picture you can see a carriage banner for the Kansai Airport Line which has the letter code [S] and is color coded blue 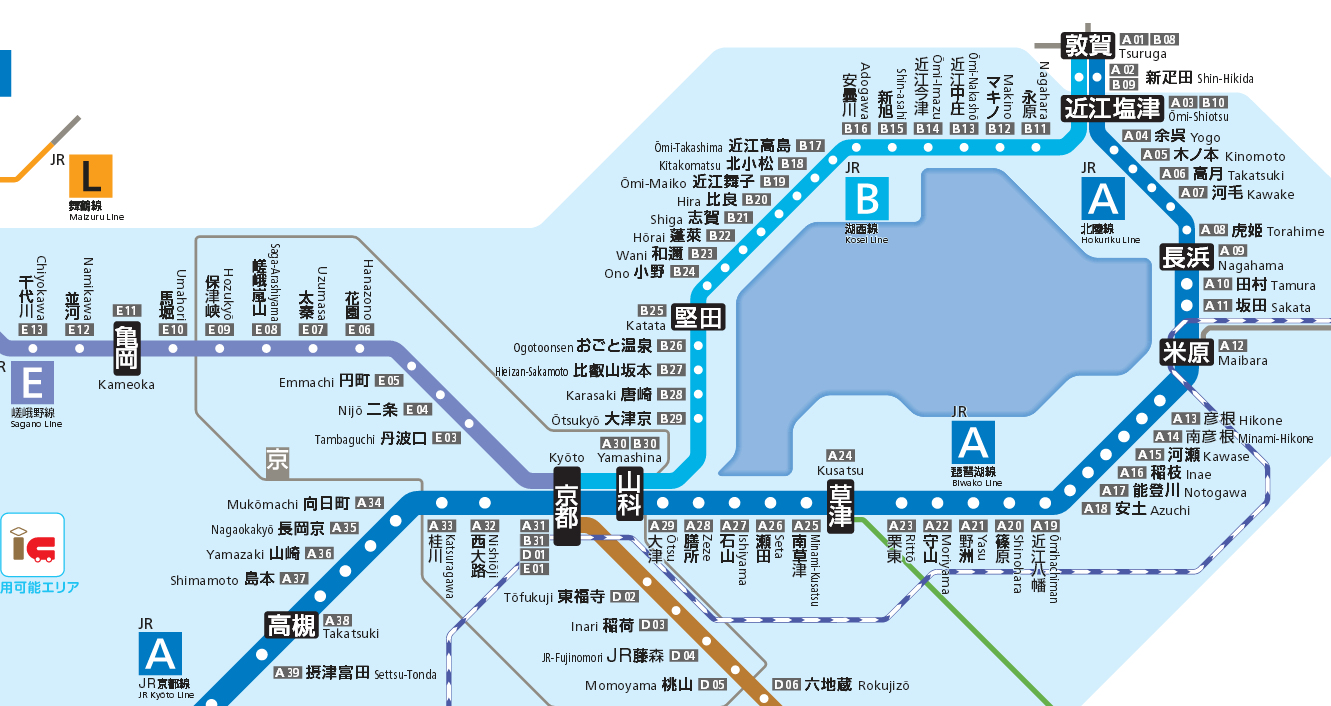 One part of the new route map. Where possible major junction stations like Kyoto will be given the same numbers for different lines

However, where a major station sits at the junction of several lines it will have multiple codes. The new system is designed so that these major stations will be given the same numbers for different lines. For example Kyoto Station is not only [A31] but also [B31] on the Kosei Line. The rest of the stations on this [B] line are numbered backwards from Kyoto, so that the first station, Tsuruga Station is numbered [B08]. 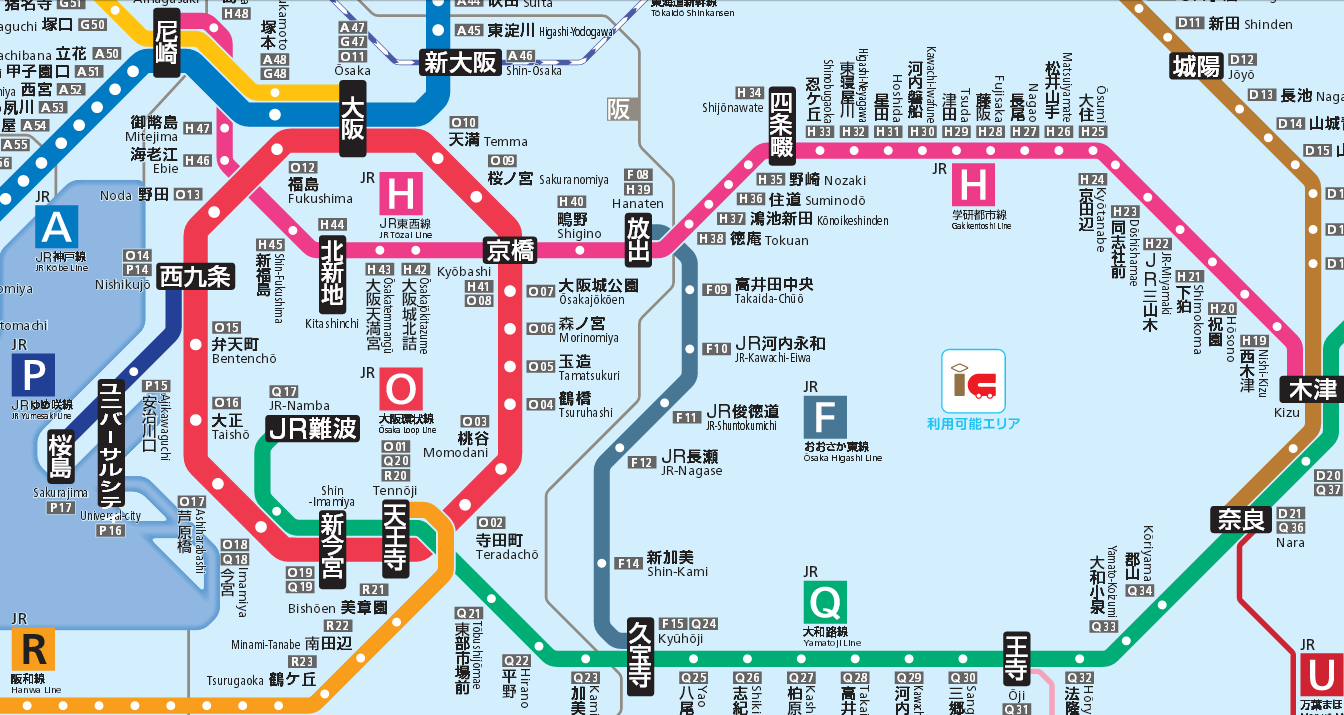 The Osaka Higashi Line (in the center of this map) is projected to be completed in 2018. Until then it is missing some numbers

Some lines also seem to have missing numbers, but this is actually because JR West are planning ahead. For example, on the new route map the Osaka Higashi Line starts at Hanaten Station [F08] and finishes at Kyuhoji Station [F15]. However, there are plans to extend this line in 2018, from Hanaten Station to Shin-Osaka Station and the new stations will be numbered from [F01] to [F07]. An [F13] Station will also be added between Nagase and Shin-Kami Stations. 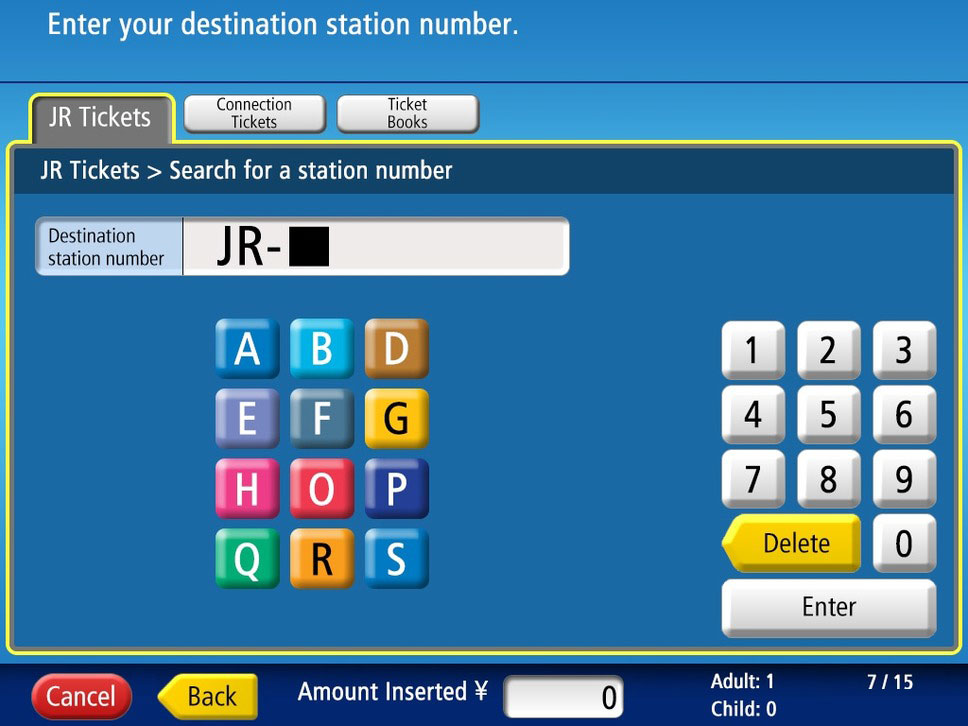 By spring of 2018 the new station numbers will be incorporated on station signage and train carriage interior displays. New automatic ticket machines will also be introduced which will be compatible with the new system. Passengers will thereby have the option of tapping in their destination’s station code in order to buy a ticket.

A PDF of the complete new route map can be downloaded from JR West.

Article and original photos by Michael Lambe. All rights reserved.