JR West, Kobe City, and the Urban Renaissance Agency (UR) have released plans and initial design images for a new station building at JR Sannomiya Station in Kobe. Replacing the old Sannomiya Terminal Building which was first opened in 1981 is a major part of plans to revitalize the local area which includes new public plazas and wider public walkways.

A design image of the new JR Sannomiya Station Building

Sannomiya is the main transportation hub for Kobe with six railway stations and a bus terminal all huddled together in the same area. From JR Sannomiya Station passengers can transit to the Hankyu and Hanshin lines, the Port Liner transit system for Port Island, two stations on the Kobe Municipal Subway system, and the Kobe highway bus terminal. 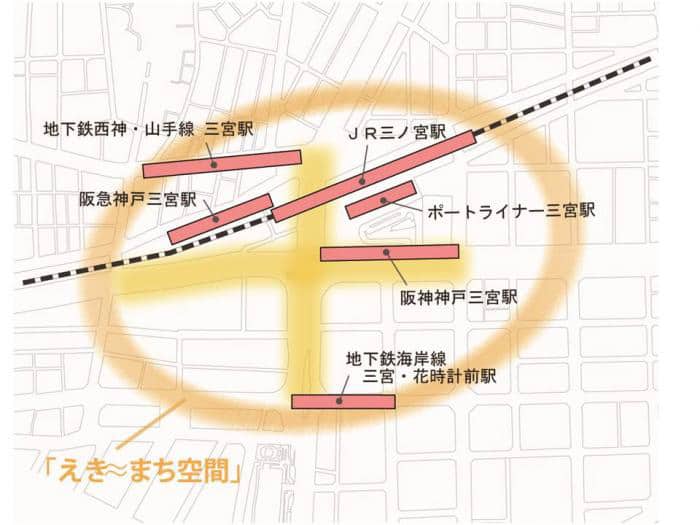 Finding your way through the maze of passages and walkways that link all these stations can be tricky, so one of the aims of the new development in Sannomiya is to better integrate these services and make passenger transfers easier.

A design image of the new station building’s facade

The new station building will be a massive commercial complex covering 19,000 square meters and while the old station building was just 11 stories high, the new one will have 32 floors above ground and two basement levels. Inside the building will be shops, restaurants, offices, and a hotel with 250 guest rooms. A raised pedestrian deck of approximately 2,500 square meters will also be built in front of JR Sannomiya Station to help improve passenger flow between the different public transport facilities. 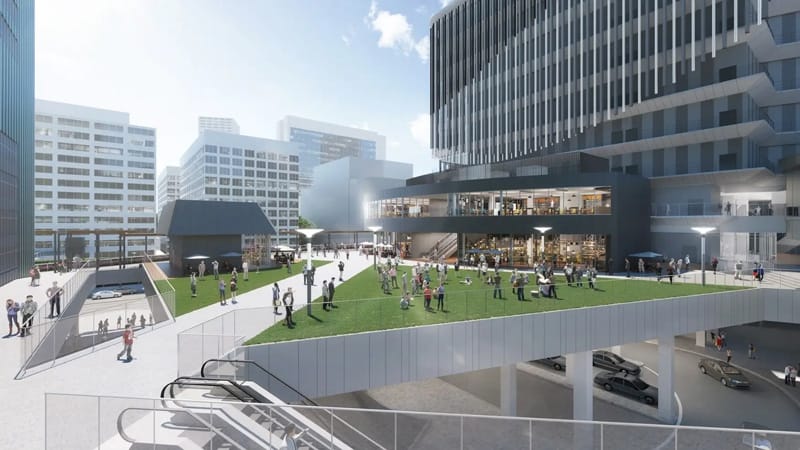 In addition to the new station building and the raised deck there are also plans to create a new pedestrian-friendly area at ground level which will be called “Sannomiya Cross Square”.

On the left is the current east view from the Sannomiya Intersection. The images on the right show how the vehicle lanes will be reduced

Sannomiya Cross Square is to be an open area with much greenery that will prioritize people and public transport over cars. To that end the number of vehicle lanes at the Sannomiya Intersection will be reduced and the sidewalks on each side of the road will be broadened into public plazas. This new pedestrian zone will integrate shopping streets, event spaces, and public transport links to create an attractive entry point for the city of Kyoto. 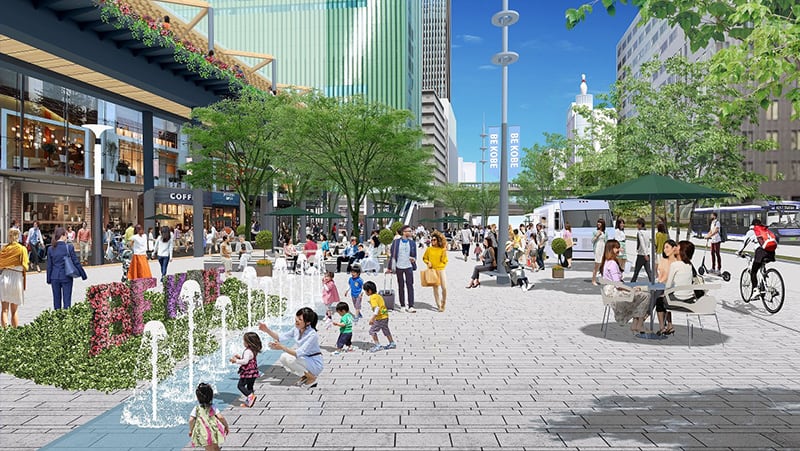 A design image of Sannomiya Cross Square on the east side

If all goes to plan, work will commence on the new JR Sannomiya Station building in 2023 and be completed by 2029. The Sannomiya Cross Square project is due for completion in 2030.

The Keisei Skyliner is a high speed limited expres