Eizan Electric Railway have released a striking new design for a new tourist train which they will debut next spring. 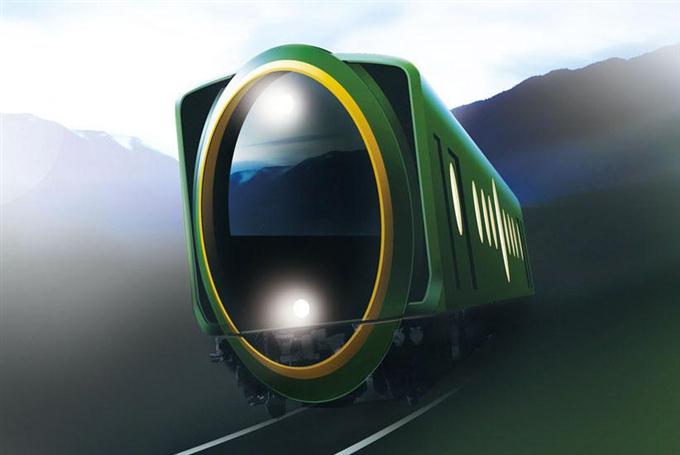 The Eizan Railway operates two lines from Demachiyanagi Station in the north east part of Kyoto city: the Eizan Main Line which runs to Yase Hieizanguchi Station at the base of Mount Hiei, and the Kurama Line which runs to the scenic villages of Kibune and Kurama. Both lines terminate at mountains with historically important temples and both lines are known for the beautiful natural scenery along their routes. In 1999 Eizan Railway introduced the popular “Kirara” observation car which has large windows so that passengers can fully enjoy the views along the Kurama Line.

Now Eizan Railway hope to revitalize the Eizan Main Line by renewing the #700 series of one car trains with a bold and startling new design. As you can see from the image above, the entire front of the train will be taken up with what appears to be a giant elliptical window. It seems this ellipse motif was inspired by the railway’s own route map. As you can see, the ellipse on the map below links the railway’s two mountain destinations. 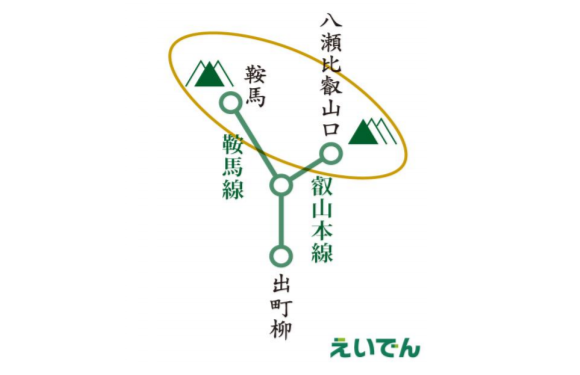 However, Eizan Railway also believes that this ellipse motif represents both the mysterious dignity of a mountain temple and the beauty and power of nature. Net commentators have offered differing opinions on the train with the design being variously compared to a telescope, a security camera, a flashlight, and a submarine.

The new “Ellipse Train” will run mainly on the Eizan Main Line between Demachiyanagi and Mount Hiei from the spring of 2018.

For more information on this railway see our article: The Eizan Electric Railway for Kibune, Kurama & Mount Hiei.