Almost a year has passed since Kyoto Railway Museum first opened its doors on April 29th 2016. Over that short period the museum has already become one of Kyoto’s top new attractions with its displays of 53 railway vehicles, model railroad dioramas, a train simulator, and steam train rides.

To celebrate its 1st anniversary the museum has organized a series of celebratory events which will last from Saturday March 18th until Sunday May 14th. Among the events are several special displays, miniature railroad rides, workshops, a scavenger hunt, and even a superhero show! We have listed the main events below.

The interior of the 500 Series Shinkansen will be opened to the public for the first time. This train was the first passenger train in Japan to operate at a top speed of 300km per hour and was actually the world’s fastest train back in 1996. 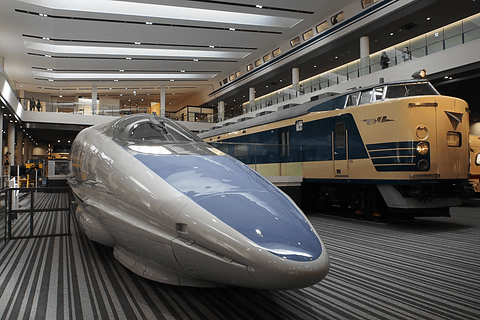 The Steam Locomotive No. 2 Service Shed will be open to the public for the first time. This service shed is dedicated to the inspection and servicing of the museum’s steam engines. Visitors will be able to view engine inspections and repairs from a connecting deck. 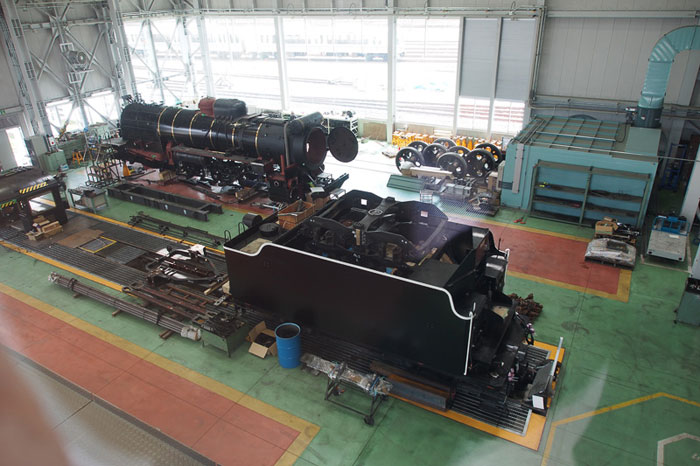 There will be an “Umetetsu” scavenger hunt for kids. Umetetsu is the museum’s official mascot, and his image will be hidden at 10 locations around the museum. If you can find more than five, then you will receive a special novelty gift from reception. 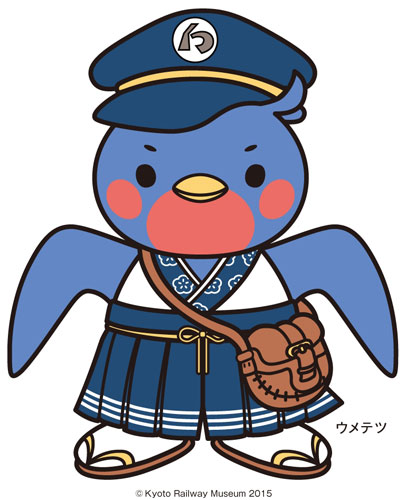 The ongoing Trick Art Exhibition on the 2nd floor of the main building will continue displaying railway themed optical illusions until April 16th. 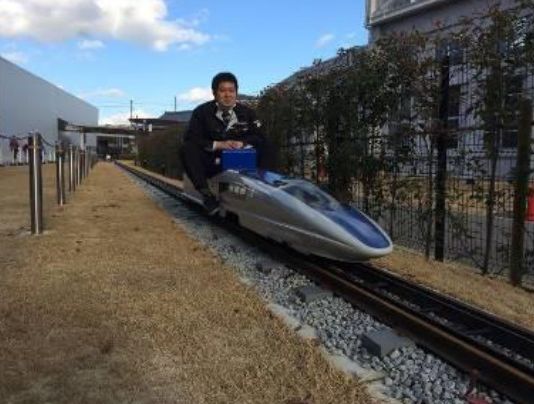 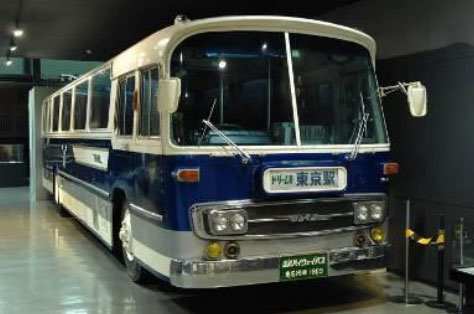 The Dream JNR Highway Bus No. 1

There will be a special display of the “Dream” JNR Highway Bus No. 1 at the Roundhouse Platform. This bus ran an overnight service between Tokyo and Osaka between 1969 and 1978.
Dates: March 23rd – April 18th

The official superhero mascot of the Sanyo Shinkansen, “Kansenja” will make special appearances by the 500 Series Shinkansen in the main building.

Local craftsmen will show visitors how to decorate traditional Japanese candles with railway themed designs in ten 30 minute workshops. These workshops are in Japanese, are limited to 20 participants, and tickets must be bought 30 minutes before the lessons start.

Learn how to make your very own model railway diorama with sponges and toothpicks in these 40 minute workshops! These four workshops are in Japanese, are limited to 20 participants, and tickets must be bought 30 minutes before the classes begin.

A professional cameraman will give advice on photographing steam locomotives in a spring setting and other railway subjects. These two hour-long classes are limited to 10 participants, are given in Japanese, and must be booked on a first-come first-served basis 30 minutes before the class begins.

For information on the museum’s regular displays and facilities please view our introductory article on the Kyoto Railway Museum.