JR Kyushu have released interior design details and images for their new sightseeing train the “Kawasemi Yamasemi”. From next spring the two carriage train will run between Kumamoto Station and Hitoyoshi Station making three round trips every day. The route of the train follows the course of the Kuma River which winds through a scenic forested landscape. 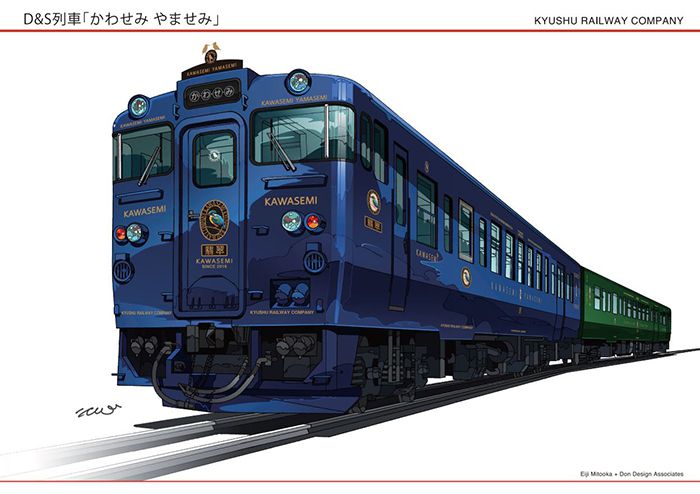 An exterior image of the Kawasemi Yamasemi sightseeing train

The carriage interiors are inspired by this landscape and will be decked out with cypress and cedar wood taken from the Hitoyoshi/Kuma region. A large part of the timber for this train was actually donated free of charge by the local lumber industry.

The train is named after two species of kingfisher which inhabit the mountains and valleys of Kyushu, so the train’s badges will prominently feature images of these birds. 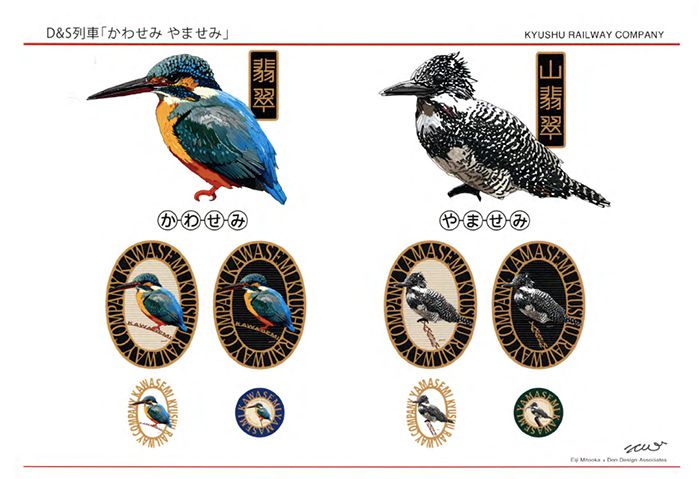 The carriages will have reclining seats, box seats, and counter seats facing the windows. A buffet area will be prepared for light meals and there will be an observation window to enjoy the beautiful natural setting. The ceiling will be decorated with a foliage design and the overall effect is hoped to be that of a traveling forest! 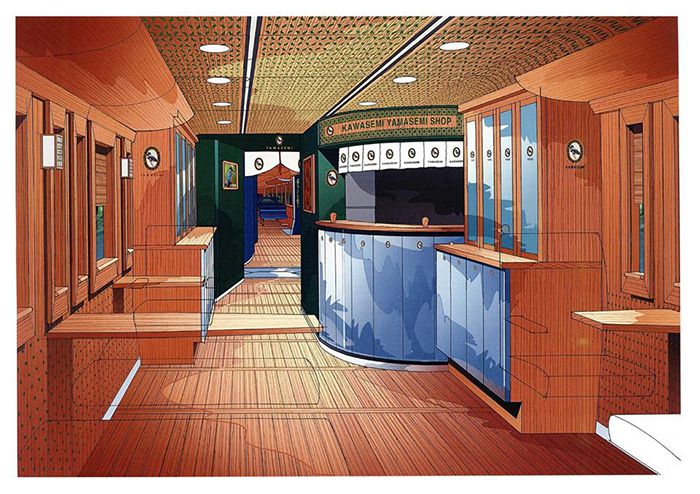 A public area on board the train

The design of the Kawasemi Yamasemi is being overseen by Eiji Mitooka who also designed the Seven Stars in Kyushu luxury cruise train, and the JR Kyushu Sweet Train. About this train he has said, “I imagine that passengers can enjoy the scenery while feeling like they are enveloped by trees. With the help of local opinion, we want to complete a one-of-a-kind train.” 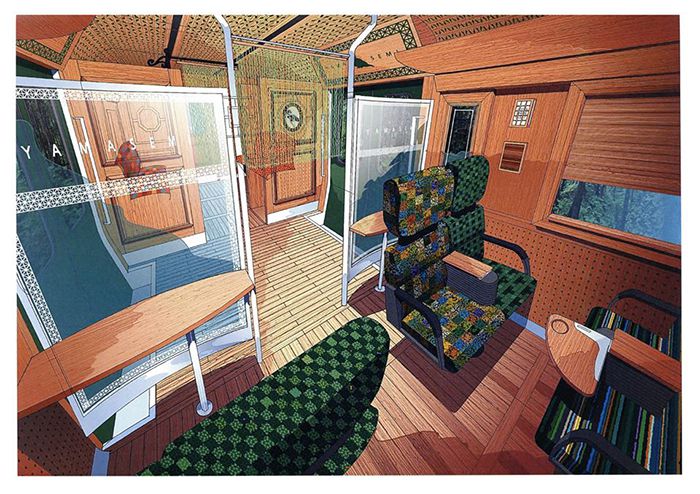