Tokyo’s Keio Railway have announced plans for a new commuter train with a seat reservation system to be launched in 2018. For an extra fee passengers will be able to reserve seating on the train during the busiest commuter periods. 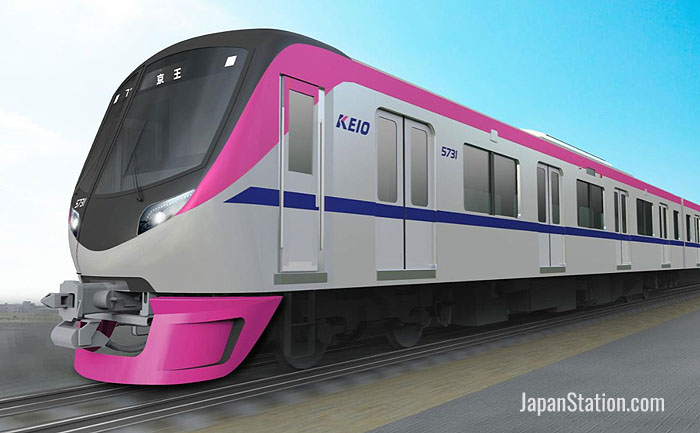 The reservation system will be introduced on trains traveling from Tokyo’s Shinjuku Station to Keio Hachioji and Hashimoto Stations during the evening rush hour. Seats in the carriages will be adaptable, so that they can be arranged lengthwise during the day, and then in forward facing pairs during the reserved seat evening commute. LCD information screens will be installed above the doors, and also from the central ceiling, so that they can be easily seen by all passengers. In addition there will be free Wi-Fi, power sockets for each seat, and space provided for wheelchairs and strollers.

Another interesting feature of this new train, is its employment of an energy recovery mechanism, that can regenerate electricity from the train’s braking system. Partly this can be used to reduce energy costs, but the regenerated energy will also be stored in a special onboard storage battery. In the event of an emergency, if the power supply to the train is suddenly cut, the train will have enough stored energy to continue on toward the nearest station. One can imagine, that in the event of an earthquake, if the train stopped suddenly on a bridge, it would be very hard to evacuate. Thanks to this new system that is one scenario passengers no longer need to worry about.

As yet the new train is unnamed, but Keio Railway have described the train’s fresh new look and black frontage as “sharp” and “stylish”. Japan Transport Engineering Company (J-TREC) have been given the 10 billion yen commission to produce five 10 car trains. The reservation fee and further details will be released at a later date.