JR East are expanding the number of stations that accept Suica cards on the Chuo Main Line that connects Tokyo with Nagoya and the Shinonoi Line in Nagano Prefecture. The service will be expanded on the route between Shimpu Station in Nirasaki City, Yamanashi Prefecture and Matsumoto Station in Matsumoto City, Nagano Prefecture. Stations on this route that do not currently accept the card will do so from next April, and other stations that currently accept the card for limited services will expand their range of usage. 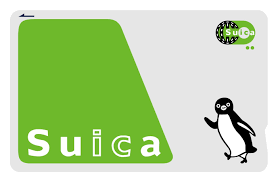 Suica is a prepaid rechargeable IC smart card that can be used to pay train fares on JR East train lines mainly in the Niigata and Sendai areas. The card can also be used on subway lines and buses and increasingly to make purchases from vending machines, convenience stores, and to pay for lockers. The card can also be used interchangeably with several other regional IC cards on JR networks and with the Pasmo card in Tokyo. Expanding the use of the Suica card on the JR East network is a logical next step.

Currently some stations on the route between Shimpu and Matsumoto already accept Suica cards in a limited capacity. However, these stations are still not equipped to sell Suica cards or Suica commuter passes, and they cannot offer refunds or reissues. From next spring these stations will begin to offer all of these services. Other stations that currently do not accept the Suica card at all, will also begin to offer a full range of Suica services at this time. 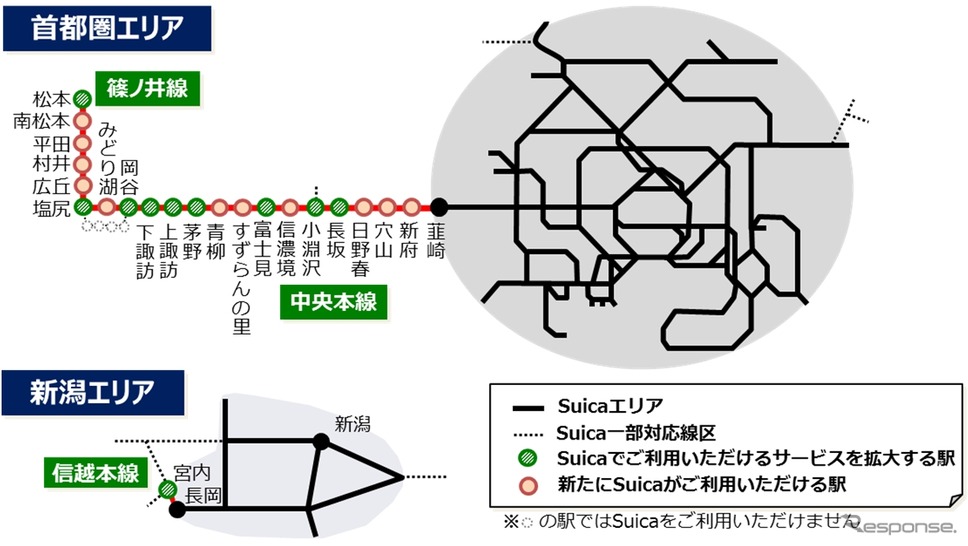 The map shows stations that are being newly added to the Suica network in red, and where Suica services will be expanded at the stations in green

The planned expansion of Suica use will begin on April 1st 2017 with the day’s first train departures. At the same time in the Niigata area Miyauchi Station on the Shin’etsu Main Line will also begin to offer a full range of Suica services.

You can download a PDF pamphlet explaining how to use the Suica card.