The exterior of a new station building on the Hokuriku Shinkansen line is to be revealed later this month when the outer construction is completed and its scaffolding comes down. The new station is located between Fukui and Tsuruga and will be called Echizen-Takefu Station. It is due to open in the spring of 2024 along with the opening of the extension of the Hokuriku Shinkansen. 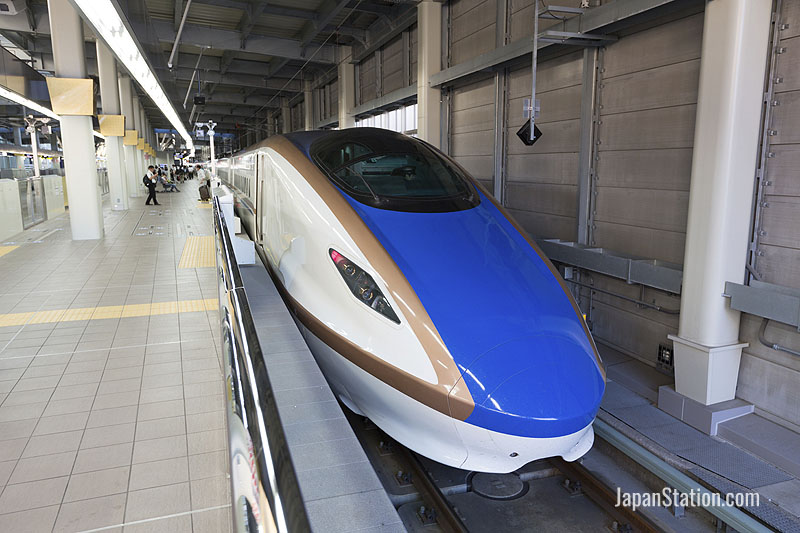 A design image of the new station platform

Installation of the station name sign and the dismantling of the exterior scaffolding is due to be completed by August 20th after which interior construction and the installation of station equipment will continue.