Hankyu Hanshin Holdings are currently fine tuning plans for a major new hotel in Osaka’s Umeda district which will be opened in 2019. The new hotel will be part of a massive building now being built by the electronics retailer Yodobashi Holdings. With approximately 1,000 guest rooms the hotel will be the biggest in Osaka City, and with most room rates set under 20,000 yen per night Hankyu Hanshin anticipate that it will be popular with both business and tourist travelers. 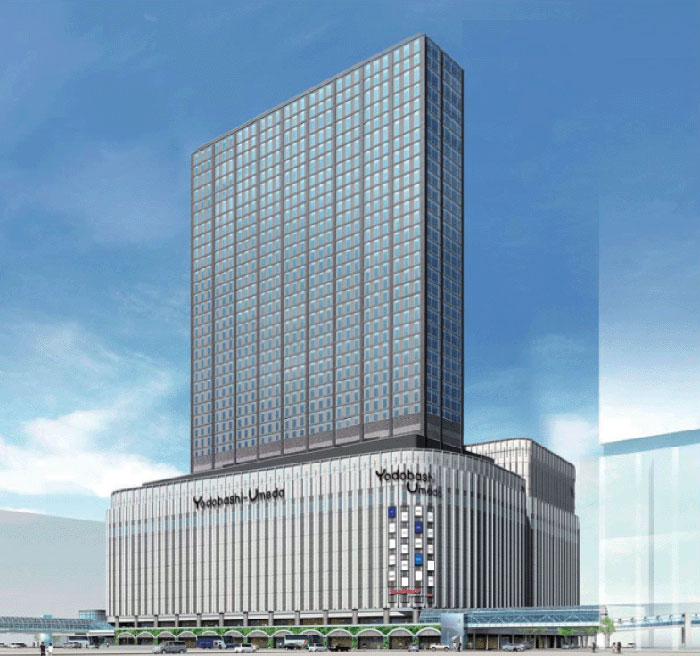 A design image of the Yodobashi Umeda Tower

The hotel will be just one part of the Yodobashi Umeda Tower; a multipurpose complex now under construction on Osaka Station’s north side, in an area close by the Yodobashi Umeda Building. When complete, this complex will be 35 stories high and from the B1 basement level up to the 8th floor it will include shopping, dining and other commercial facilities. The hotel will occupy the tower from the 9th floor lobby upward. 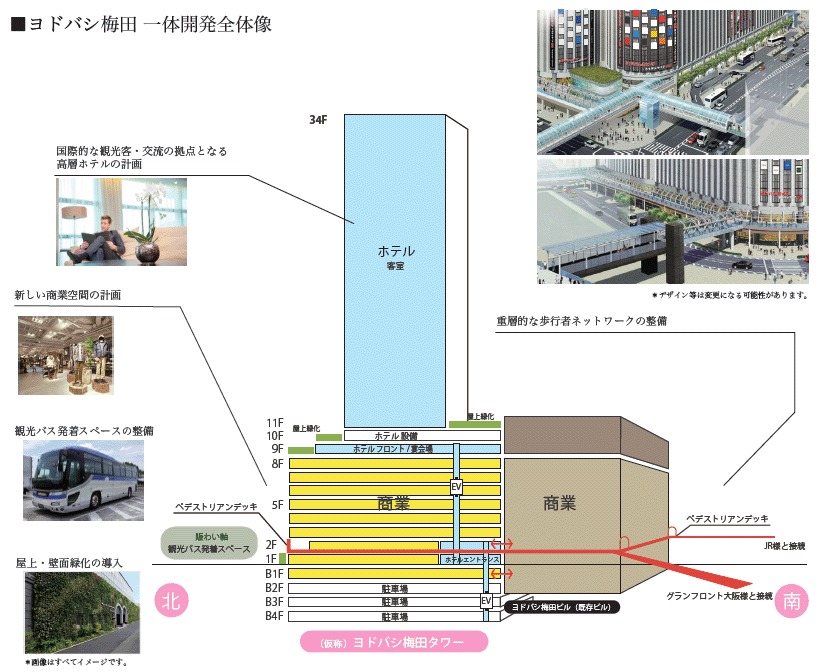 Hankyu Hanshin currently operate 45 hotels throughout Japan, five of which are located in Umeda. The largest of these is currently the Hotel New Hankyu Osaka which has 961 guest rooms. However, this hotel opened over 50 years ago and some consider it past its prime.

The new hotel is part of wider revitalization plans in Umeda which include the complete renovation of the Shin Hankyu Building which is due to be completed by 2022. Recently Osaka City has seen a flurry of new hotel building projects with the Conrad Osaka opening on Nakanoshima island in June, and JR West also plan to open a hotel on the north side of Osaka Station in June 2018, and another in Shinsaibashi in the summer of 2019. These new projects are sure to increase Osaka’s appeal as a major destination for both business travelers and tourists from overseas.