Work has begun on a major renovation of Katase-Enoshima Station in the popular sea-side resort destination of Fujisawa. The station, first built in 1929, is popular for its distinctive “Dragon Palace” design, but after 90 years of use its overall condition has deteriorated and it is clearly in need of repair. It is to be rebuilt in a similar Dragon Palace style, and work on the building should be completed by 2020. 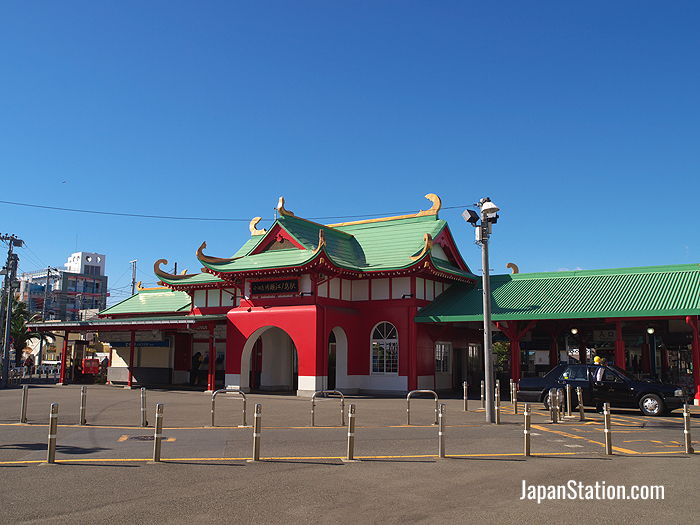 As the gateway to Fujisawa City and the sandy beaches of Enoshima island, Katase-Enoshima Station receives an average of 21,000 passengers every day. Designed to resemble the Ryugu-jo or Dragon Palace in the Urashima Taro fairy tale, in 1999 it was selected by the Ministry of Transport as one of the top 100 Stations in the Kanto area. Odakyu Electric Railway have stated that they want to rebuild it in an even more fabulous and dignified style with bright colors evocative of the southern islands of Okinawa. The building will be rebuilt in the traditional Ryugu-zukuri style of “Dragon Palace” architecture with flamboyant curved roofing similar to that of the Zuishinmon Gate at Enoshima Jinja Shrine. 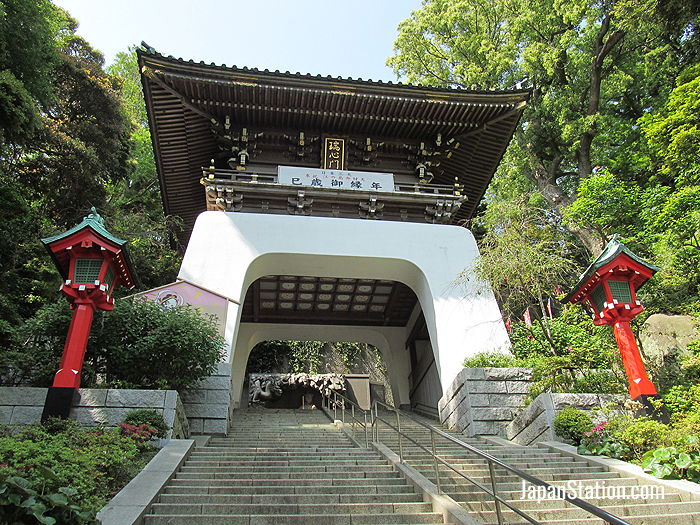 The roof itself will be a translucent membrane of durable man-made fibers which will flood the interior with natural light. The concourse below is to be expanded by 25% to 936 square meters, so that crowds of visitors will be easily able to flow through the station during major events. Public toilet facilities in the station building will also increase with an increased number of private cubicles and wheelchair-accessible cubicles. 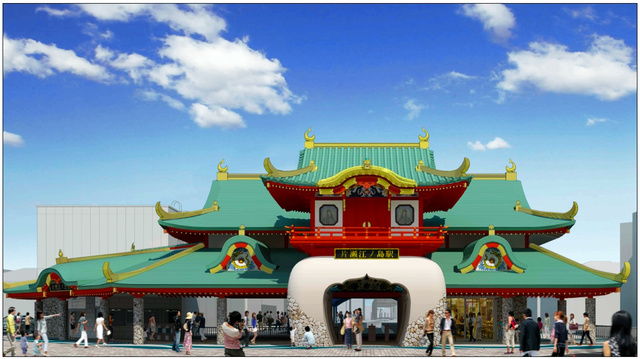 An artist’s impression of the new station building 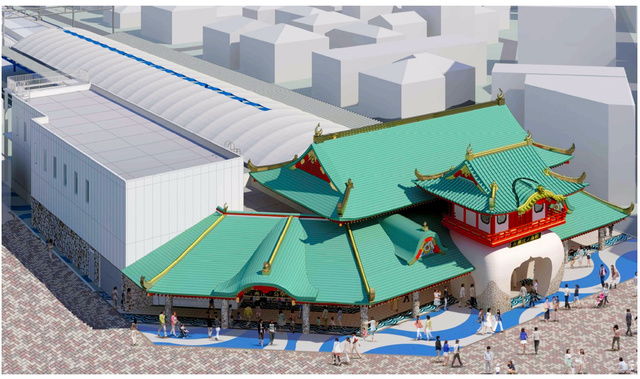 Fujisawa has two major fireworks festivals in July and August which always draw big crowds. Enoshima Yacht Harbor is also to host the 2020 Olympic Sailing Competition, so work on the station which began this February will be finished in time for this major event.