JR East have released fresh images and details of the new station slated to be built in the Shinagawa area in time for the 2020 Olympics. The new station, provisionally named “Shinagawa Shin-Eki” or “Shinagawa New Station”, will serve the Yamanote and Keihin-Tohoku lines and is due to be built on a disused rail-yard located roughly midway between the current Shinagawa and Tamachi Stations. 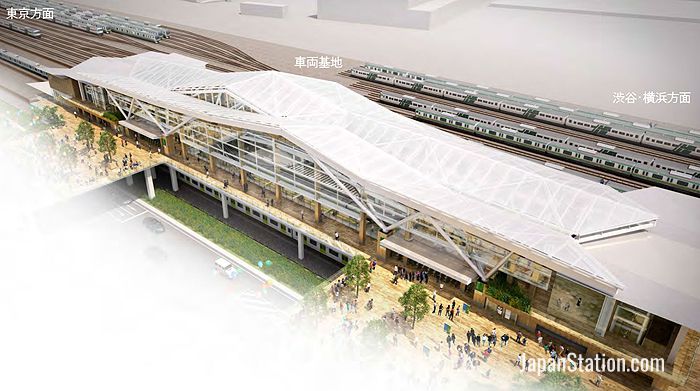 A bird’s eye view of the new station

The project which was first announced in 2014 is being overseen by Kengo Kuma, who is perhaps Japan’s best known architect, and who is also designing the new Tokyo Olympic Stadium. 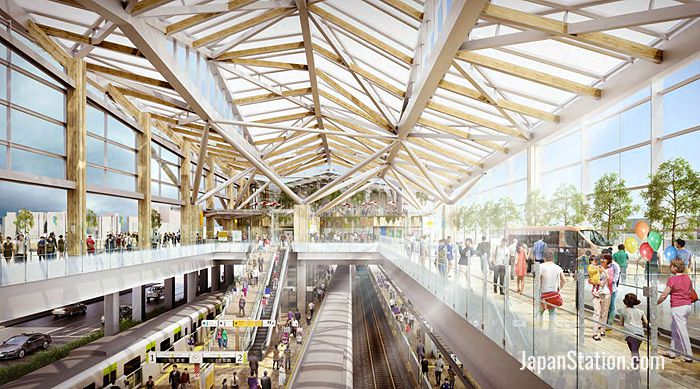 The station roof will be constructed from glass and steel and its graceful lines are inspired by the intricate folds of traditional Japanese origami or folded paper art. The east and west sides of the building will be walled with massive glass windows and a raised concourse will surround the central atrium. This atrium will cover 1000 square meters. 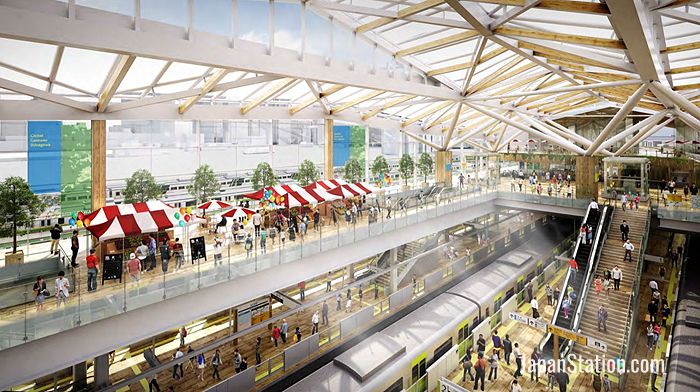 The glass flanking the sides of the building is meant to offer an unobstructed view from both inside and out and thereby foster a closer relationship between the local town and the new station. 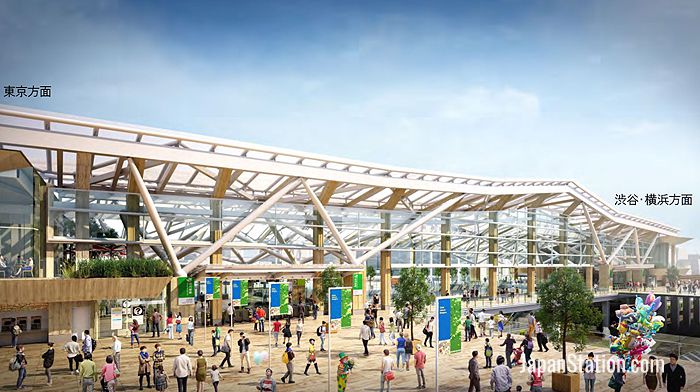 A view of the station exterior

Though the station itself has an initial tentative completion date of spring 2020 (in time for the summer Olympics), it is believed that the shopping and dining facilities inside will not be fully completed until 2024.