Eizan Electric Railway have announced the debut date for their new tourist train, “Hiei” as well as releasing new details, timetables and fresh images of the train’s striking exterior and interior design. 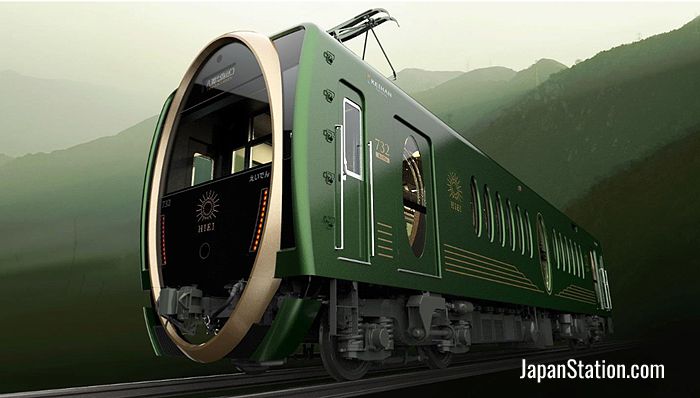 The Eizan Railway operates a small rural railway network in northern Kyoto. Two lines run from Demachiyanagi Station in the city’s north east: the Eizan Main Line which runs to Yase-Hieizanguchi Station at the base of Mount Hiei, and the Kurama Line which runs to the villages of Kibune and Kurama. Both lines terminate at sacred mountains topped with temples and both lines are known for their super scenic routes. In 1999 Eizan Railway introduced the popular “Kirara” observation car which has large windows so that passengers can fully enjoy the views along the Kurama Line. The new Hiei tourist train is to run along the Eizan Main Line taking passengers to the foot of Mount Hiei.

The new train’s elliptical windows are its most distinctive feature, with a large ellipse at the front and rear of the train giving the train a bold and futuristic appearance. This ellipse motif was inspired by the railway’s own route map and is said to represent both the mysterious power of nature and the sacred dignity of the mountain destination. 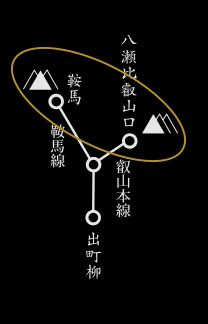 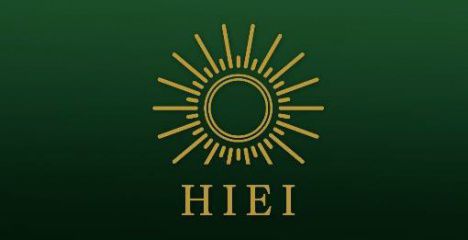 The train’s logo is also said to represent spiritual energy

Inside the train is fitted with LED lighting, and “bucket seats” so-called because they are contoured for each passenger for maximum comfort. 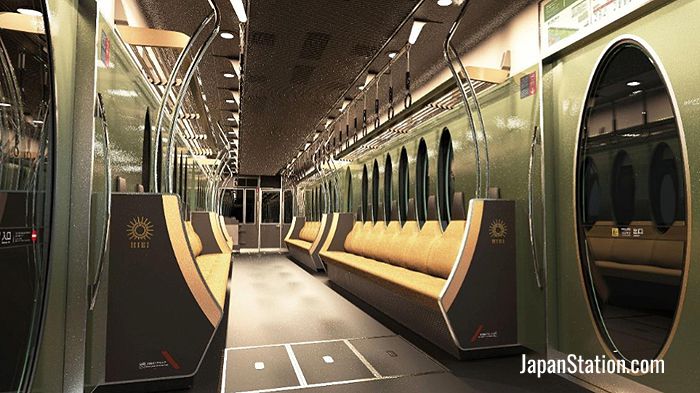 Wheelchair/stroller space will also be available, and exterior and interior display devices will give the train’s destination in four languages: Japanese, English, Korean, and Chinese.

A train interior route map and guidance in Japanese & English

The Hiei tourist train will make its debut run on Wednesday March 21st 2018. As March 21st is a national holiday – Vernal Equinox Day – it is sure to be a popular event.

The Hiei is set to operate every day except Tuesdays. The fare for the full journey between Demachiyanagi Station and Yase-Hieizanguchi Station will be 260 yen for adults and 130 yen for children under 12 years of age.