Shin-Keisei Electric Railway are now running a special Dragon Ball train between Matsudo and Chiba-Chuo stations in Chiba Prefecture. The train features a special nameplate and exterior wrapping which is entirely decorated with characters from the popular manga and anime franchise.

The new Dragon Ball train is running to celebrate the release on December 14th of a new animated movie, Dragon Ball Super: Broly. In the latest installment of the hit martial arts fantasy series, the hero Goku will fight his arch enemy, the villainous Broly. Posters for the new movie also decorate the interior of the train. 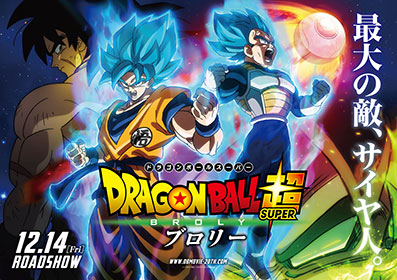 The Dragon Ball train follows the Shin-Keisei Line between Matsudo Station and Keisei-Tsudanuma Station and then continues on the Keisei Chiba Line until Chiba-Chuo Station in Chiba City. The train’s route therefore connects the cities of Matsudo, Kamagaya, Funabashi, Narashino, and Chiba.

The special nameplate for the front of the train

On December 7th a special set of Dragon Ball tickets will also be released with different tickets available at different stations on the train’s route. Full commemorative sets of all seven tickets will be on sale in the 1st floor event space of the Ito Yokado store in Tsudanuma from December 6th. 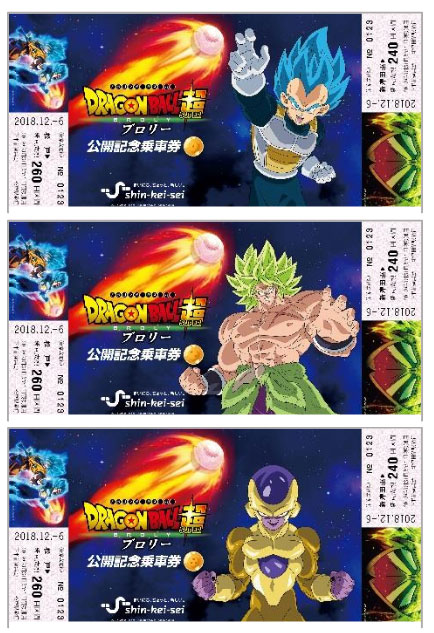 The Dragon Ball train is of course likely to be very popular and many railway and anime fans may wish to take commemorative photos. For this reason, Shin-Keisei Railway have issued a request that photographers are mindful of their own safety and that of other passengers. In particular photographers are asked to be careful of the following points: