Earlier this year JR East unveiled the Class E956 experimental train which has been given the futuristic name: “Alfa-X”. This prototype ten-car bullet train is currently being used to test the latest cutting-edge rail technology with the aim of developing a next-generation bullet train that is much faster than current models while ensuring passenger safety and comfort. The name Alfa-X stands for “Advanced Labs for Frontline Activity in rail eXperimentation”. 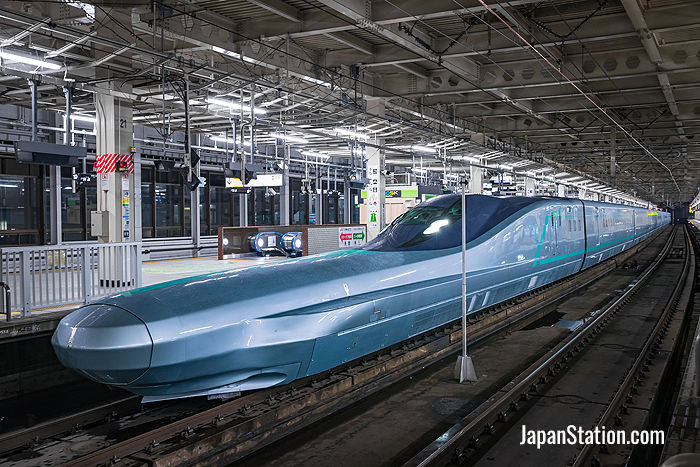 Safety features on the Alfa-X include new dampers to ensure stability in the event of an earthquake, with air brakes on the roof and magnetic breaking devices on the undercarriage to enable a swift and safe deceleration. New vibration control devices are fitted to all carriages to ensure a smooth ride and the design of the undercarriage also reduces the accumulation of snow and ice in winter. Two types of pantograph (the rooftop devices that collect power from overhead wires) are also being tested for noise reduction.

The two pantographs being tested on the Alfa-X

However, the most distinctive feature of the new train is its nose. Currently the longest nose on a shinkansen is the 15 meter nose of E5 series trains. Alfa-X actually has two noses: a 16 meter long nose on car number 1 and a 22 meter long nose on car number 10. Both noses are being tested for their effects on pressure and noise levels when passing through tunnels. The longer noses should significantly reduce wind resistance and so also improve energy efficiency. 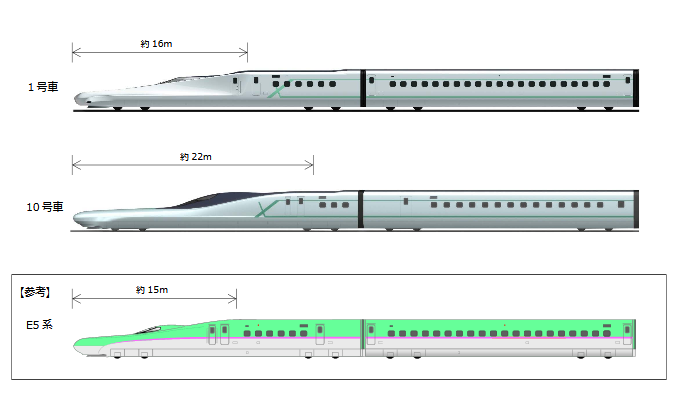 JR East plans to introduce a new shinkansen train for passengers by spring of 2031. The Hokkaido Shinkansen Line will be extended as far as Sapporo by 2030, so the new train will enable a swift and comfortable direct service between Tokyo and Sapporo. The current maximum speed of shinkansen trains is 320km/h. The aim is to have a new train that runs at a regular speed of 360kms per hour with a top speed of 400km/h. 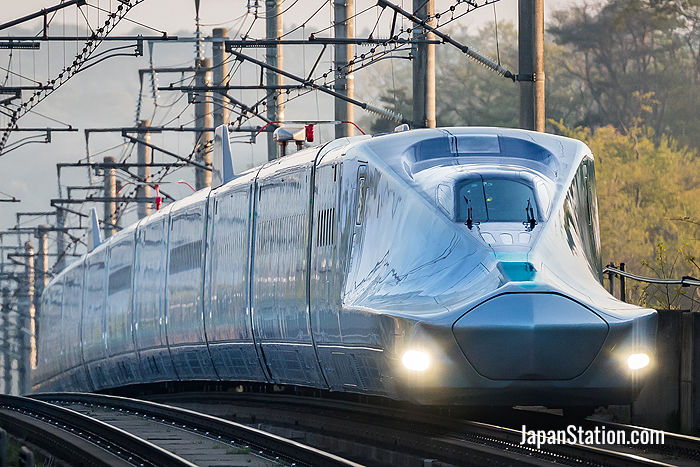 Alfa-X Shinkansen on a test run

Testing of the Alfa-X began in May this year between the Sendai and Shin-Aomori stations in northern Tohoku and will continue every week until March 2022.

Article by Michael Lambe. Photos by Contrail/pixta (1,4). All rights reserved.