Japan’s latest luxury sightseeing train, “The Royal Express,” will begin regular runs along the scenic Izu coastline on September 1st. Though the train made its official debut run between JR Yokohama Station and Izukyu Shimoda Station on July 21st, September marks the beginning of commercial operations. The train which is jointly operated by railway companies Tokyu Corporation and Izukyu Corporation, is distinctive for its elegant royal blue exterior with a dynamic gold flash. 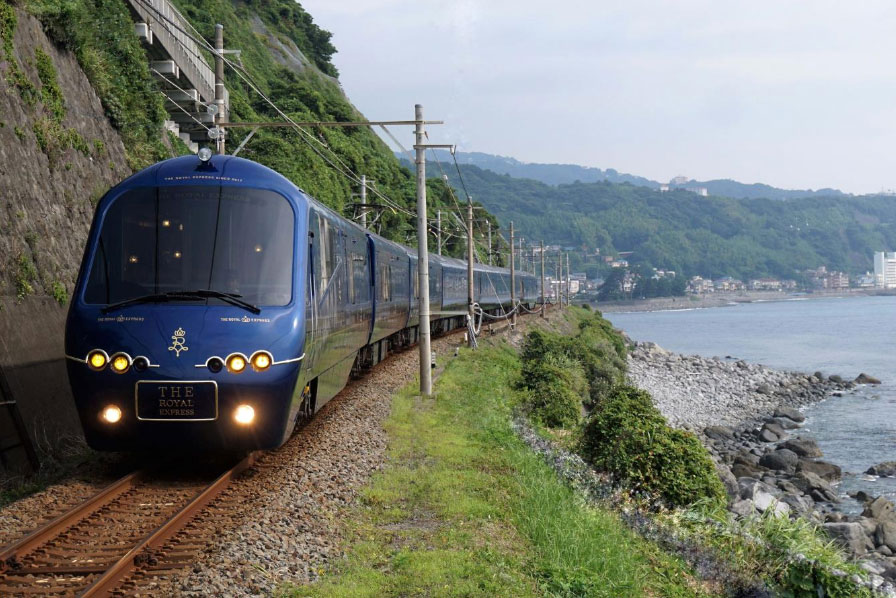 The Royal Express: Throughout the journey passengers will be able to enjoy spectacular views along the Pacific coastline

The Royal Express is an 8 car train with seating for 100 passengers. It was designed by the award winning industrial designer Eiji Mitooka, who in recent years has also designed many other beautiful trains, including the Fujisan View Express, JR Kyushu’s Sweet Train, and the luxury cruise train Seven Stars in Kyushu. His newest train boasts a dining car, a bar, a children’s play area, live music on board, and one multipurpose carriage which can be used for weddings, parties, or even art exhibitions. Gourmet meals created by celebrated Japanese chefs Michiyo Kawano and Chikara Yamada will be served during the 3 hour journey.

The multipurpose carriage can host a variety of functions. This image is from Eiji Mitooka’s Don Design Associates

Here are some more eye-popping images of the train’s gorgeous interior. 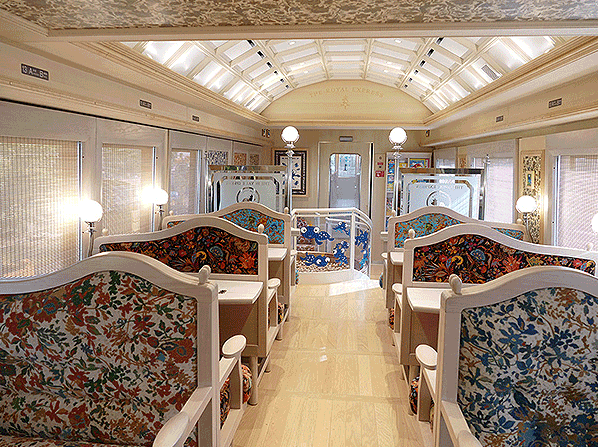 The first carriage has family friendly seating, a ball pit for small children, and a library of children’s books 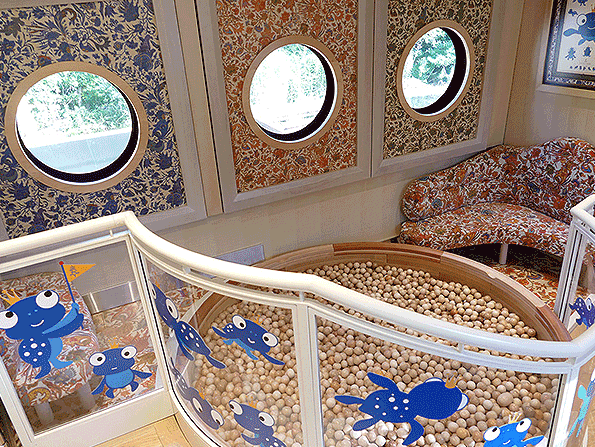 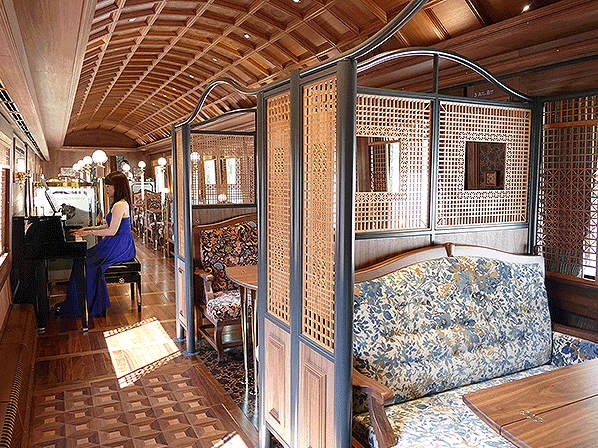 There is also a piano on board for live musical performances 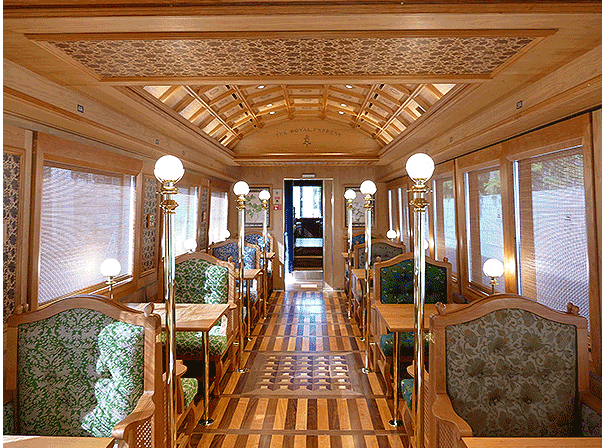 The Royal Express links Yokohama with popular sightseeing locations along the Izu peninsula’s coastline all the way down to Shimoda city. Izu, with its picturesque scenery and hot spring spas, has long been a popular getaway destination for Tokyo city dwellers. The region has also been celebrated in literature, and has many historical associations. Shimoda in particular, was a treaty port in the 19th century, and played a key role in the opening up of Japan to foreign trade after the American Commodore Perry arrived with his black ships in 1854. 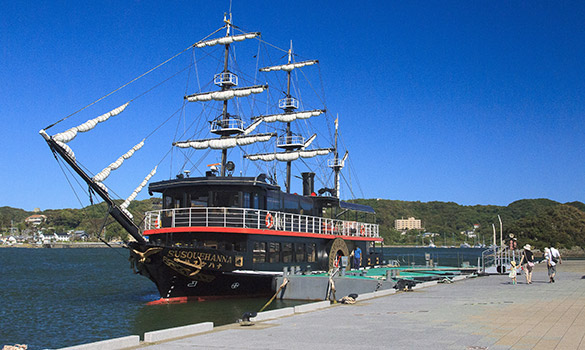 Would-be passengers for the Royal Express have a choice between one-way trips which include a meal, or cruise plans which include sightseeing itineraries, overnight stays in the Izu region’s best hot spring hotels, and a return trip to Yokohama. However, luxury train rides come at luxury prices with one-way tickets costing between 25,000 and 35,000 yen per person, and cruise plans ranging from 135,000 to 200,000 yen per person. 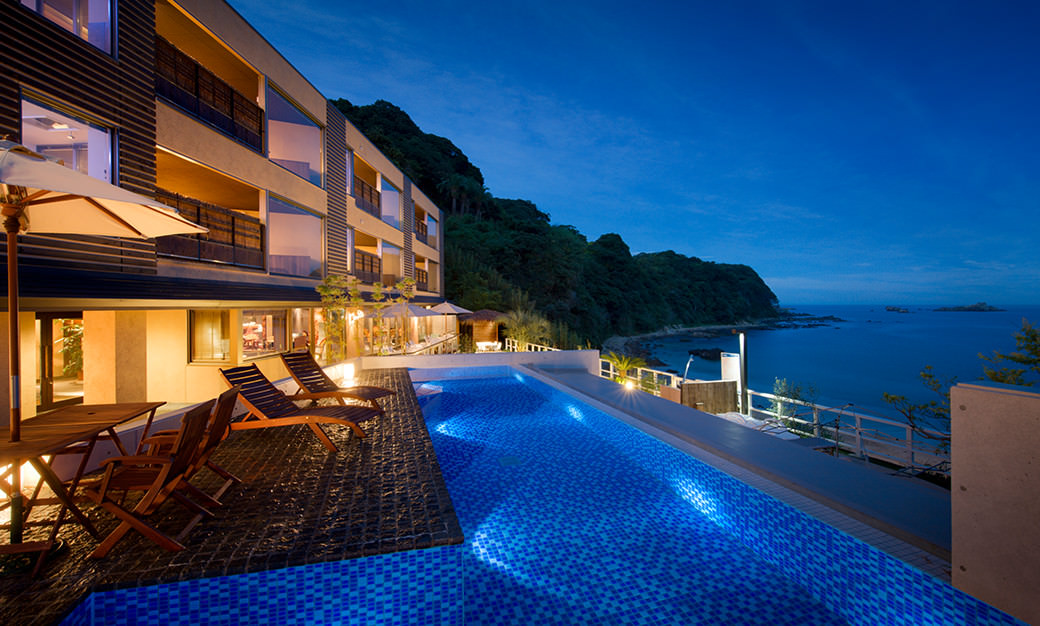 Tickets for the Royal Express need to be reserved well in advance and at present can only be booked through the official Japanese language website. However, as the newest addition to Japan’s fleet of luxury railway trains, the Royal Express has attracted much interest from overseas media. And as soon as English language bookings become available we will be sure to let our readers know.